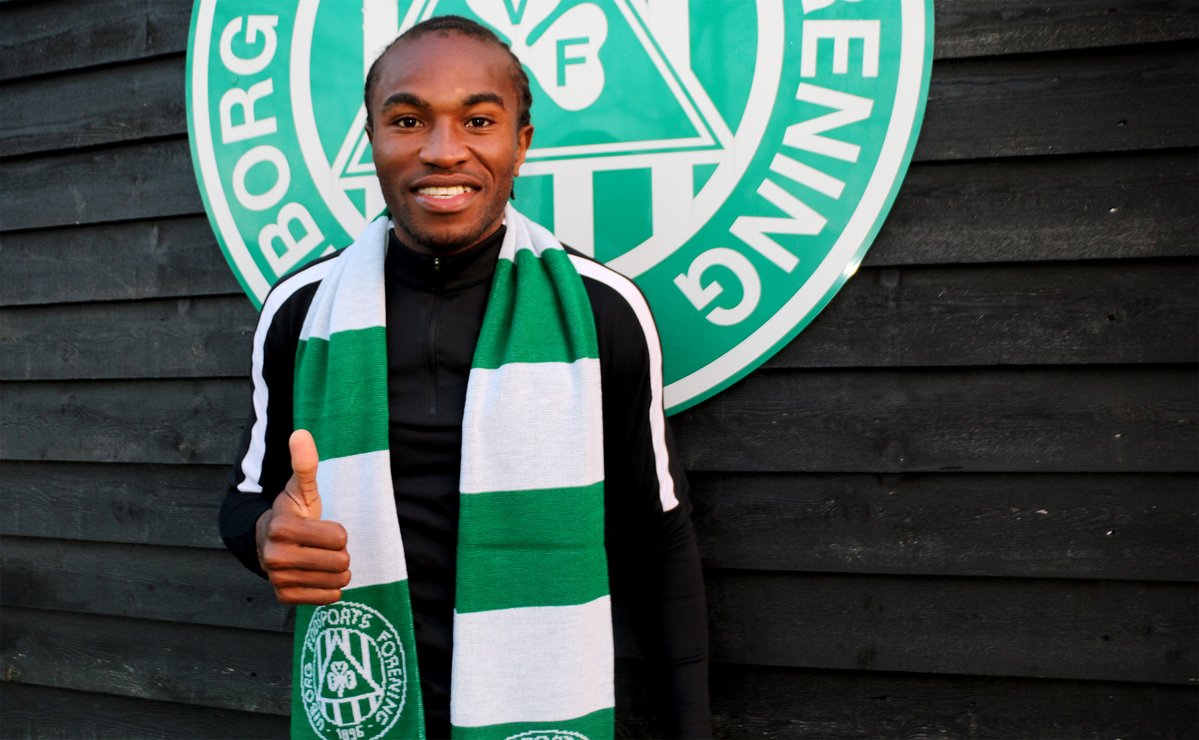 The Sierra Leone-born was unveiled on Wednesday following a deal that will keep him at the club until the end of 2018.

He met his new teammates before agreeing on his loan move and trained on Thursday as Viborg continue preparations for the second phase of the NordicBet League.

The striker in his interview expressed optimism and is relishing the opportunity with his new Danish side. An extremely exciting time for the Sierra Leonean.

He scored nine goals in the first half of this season while playing for Vendsyssel FF.

Viborg FF will have to improve if they are to gain promotion to the Superliga, they’re 10 points adrift from league leaders Vejle BK.