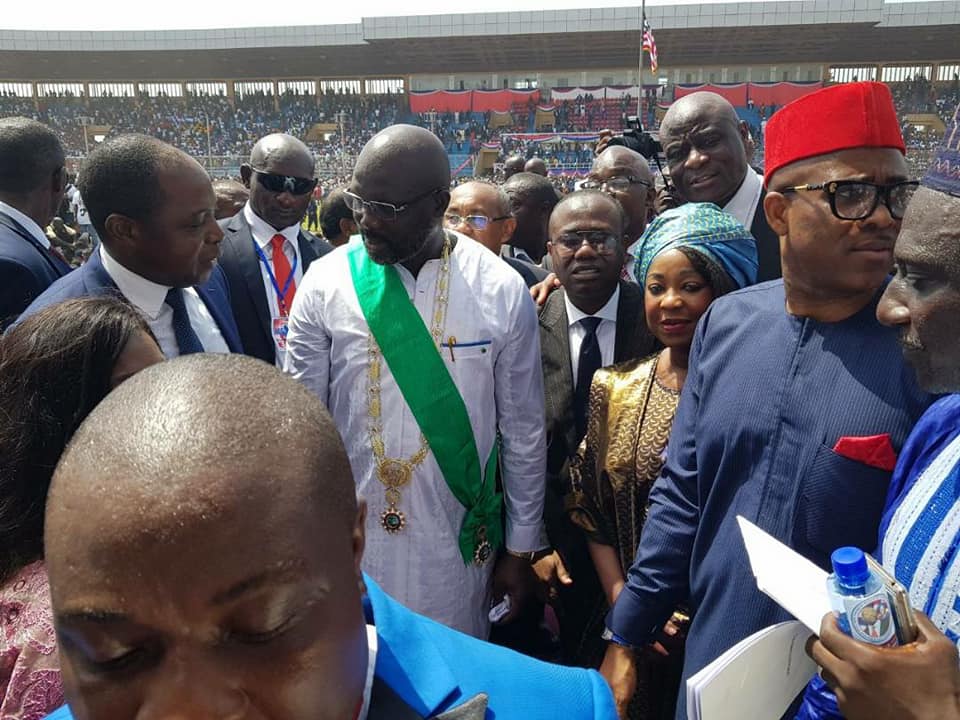 Ex-football superstar George Weah has been sworn in as president of Liberia.

“I have spent many years of my life in stadiums, but today is a feeling like no other,” President Weah told crowds in the capital Monrovia.

It is Liberia’s first transition between democratically-elected leaders since 1944.

Mr Weah thanked his predecessor, Ellen Johnson Sirleaf, for bringing peace to the country after years of civil war.