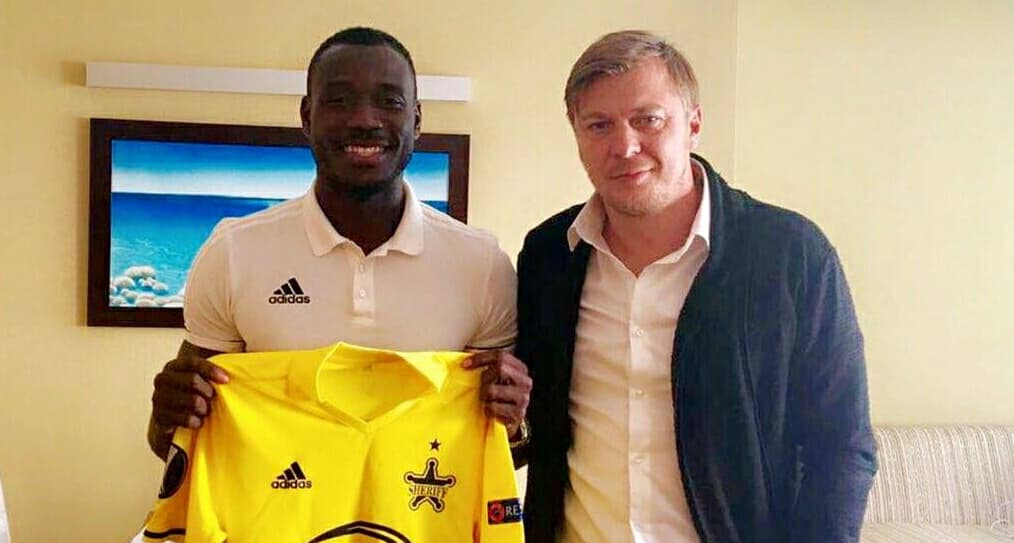 Kamara is the fourth new acquisition for the Moldovan top-flight side.

The 5 ft 11-inch striker is excited about the prospect of being able to play again in Europe.

He tweeted: “Back in Europe Alhamdulillah dont ask me how.”

“Today, in Belek, the parties signed an agreement on cooperation. The collective of FC “Sheriff” is glad to welcome Alhaji Kamara. We wish him many matches without injuries and many trophies won,” the clubs statement reads

Kamara’s national teammate Khalifa Jabbie won the Moldovan title and the Moldovan Cup during the 2016 – 2017 seasons before departing the club.

The club has dominated Moldovan top-tier since 2001, winning 14 of 16 possible titles in the Moldovan National Division.

Kamara has four capped with Sierra Leone, he began his career with local club FC Kallon, before signing on loan with Swedish first division side Djurgårdens IF in 2012 and eventually signing with IFK Norrköping in 2014.