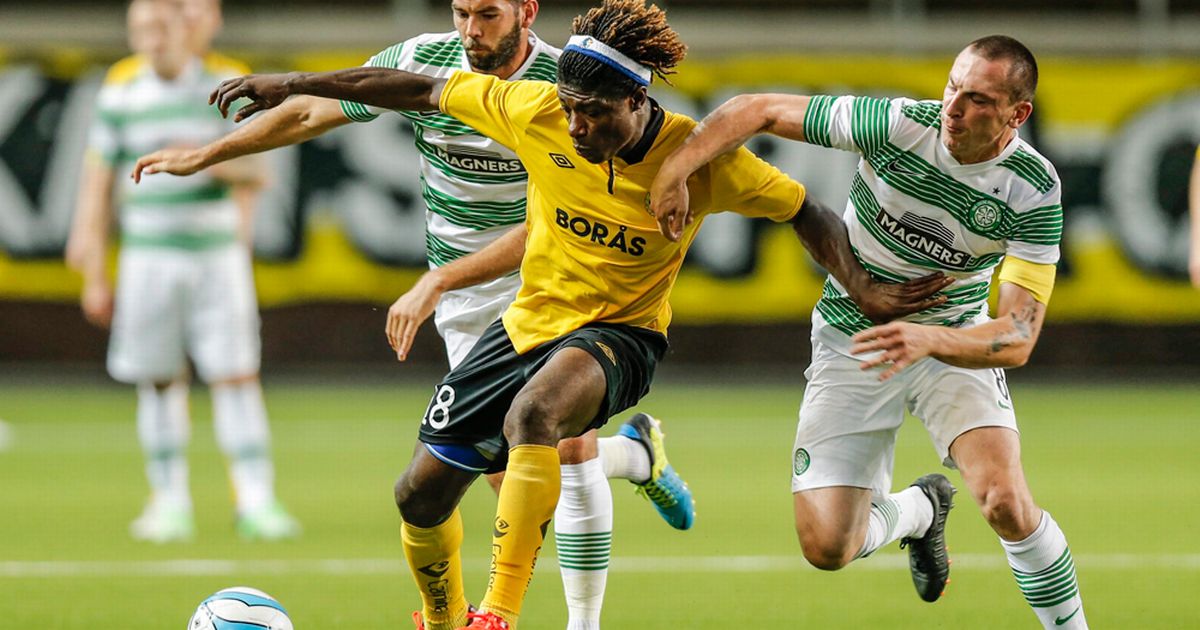 Free agent Sierra Leone international Mohamed ‘Poborsky’ Bangura, is expected to play in a friendly game for Swedish side Piteå IF against Luleå SK today.

Bangura, who was spotted in training with the club confirmed he was only on a visit to a brother Samuel Kamara (Kobo) the coach of the club and was asked to train with them.

The club posted a video (below) of the former Celtic and AIK striker, who is at present without a club doing some light one touch exercises with their squad.

“I trained with them for two days and I will play one friendly match, maybe for 45 min to help the young players before I return back, Bangura to www.footballsierraleone.net.

“I’m here on a visit to my brother Kobo the coach of Piteå, who ask if I wanted to train with them whiles am here instead of just being in the gym at least I can give some experience to the lads,”