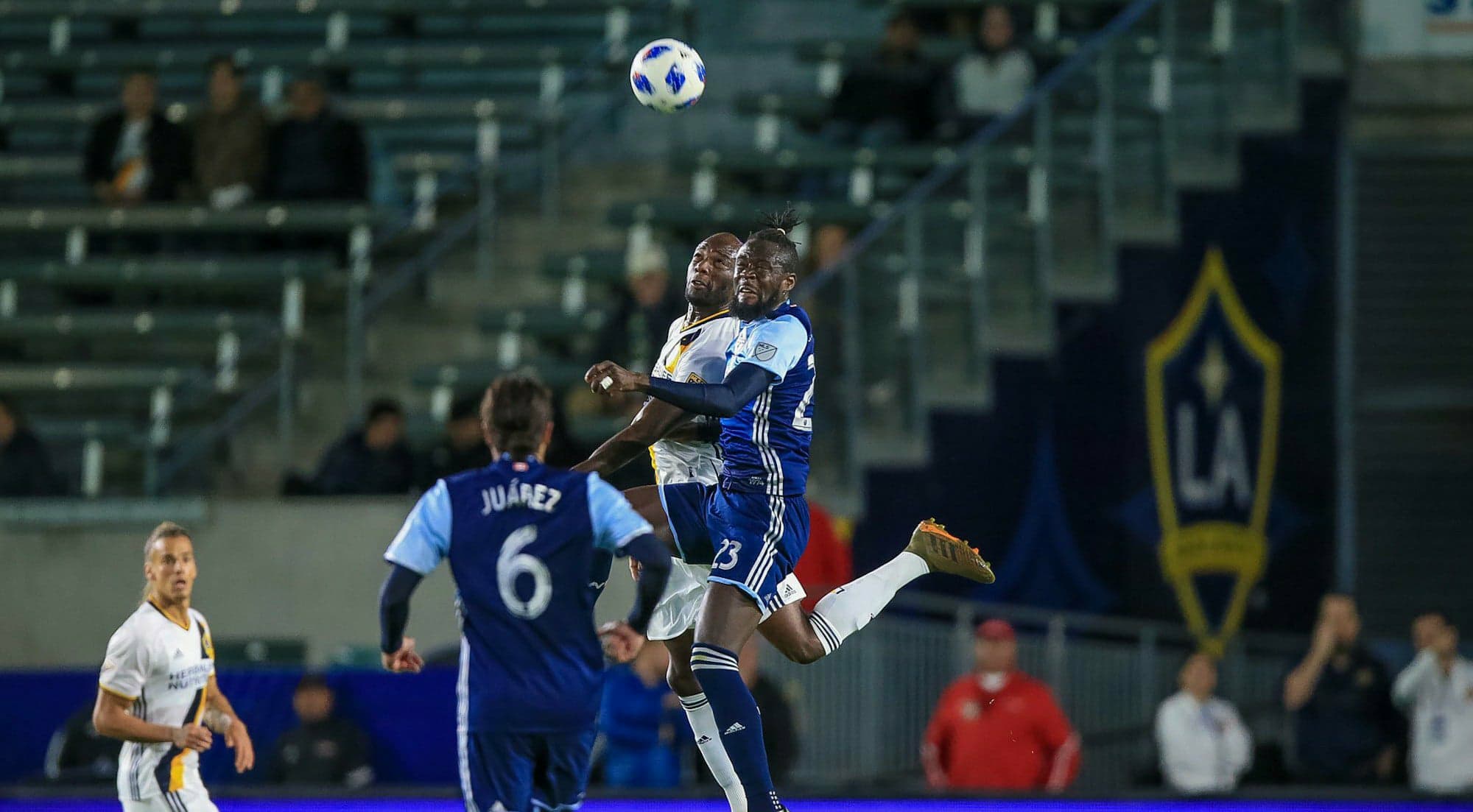 Goals from Kei Kamara and Alphonso Davies aided Vancouver Whitecaps to a 2-1 win over LA Galaxy on Saturday night in their preseason finale at the StubHub Center.

The Sierra Leone native, Kamara scored Whitecaps first from a spot-kick in the 20th minutes.

The new ‘Caps striker sent Galaxy keeper David Bingham the wrong way, as he directed his shot down the centre of the goal to score his team-leading fourth goal of the preseason.

The ‘Caps were awarded the penalty kick after Cristian Techera was brought down by Galaxy midfielder Joao Pedro.

The Galaxy pulled one back in the 66th minute, courtesy of a Giovani dos Santos penalty kick after the referee judged ‘Caps left back Marcel de Jong to have blocked Alessandrini’s bicycle kick attempt with his arm.

The Canadian-based team will kick-off the 2018 MLS campaign on Sunday, March 4 against Montreal Impact at BC Place.

19' GOOOOOAL – Kei lines it up and coverts the PK, textbook style ?