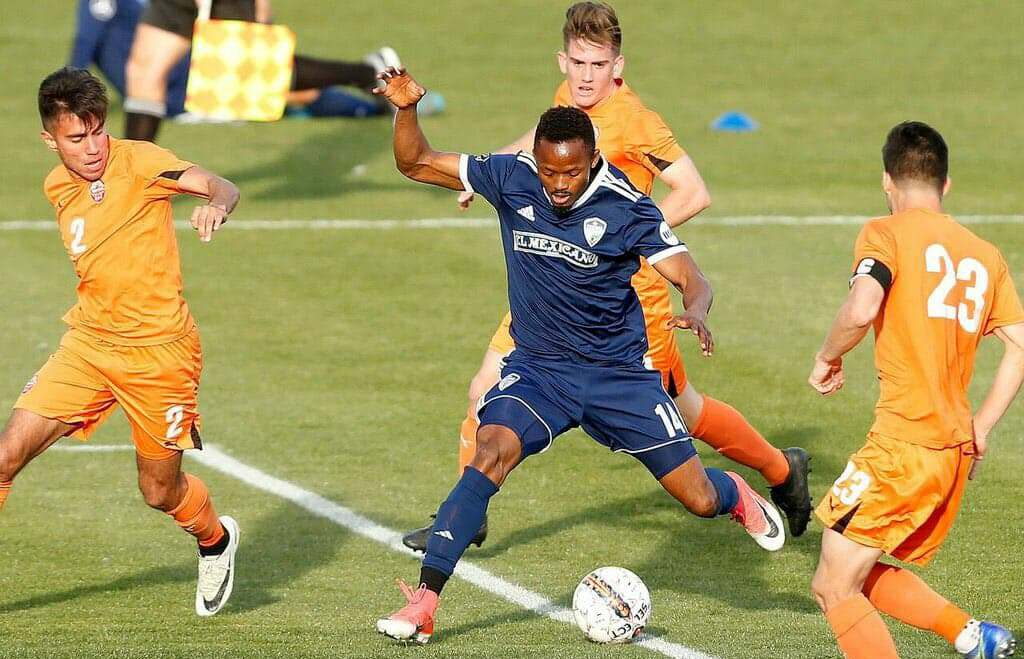 Former Sierra Leone U20 skipper Lamin Suma is determined to make the most of his move to California-based club Fresno.

The attacking midfielder has committed to a new adventure. He joined the United Soccer League (USL) side, in December 2017.

“I’m excited because this club is an ambitious club, I signed a year deal and I’m hoping we can win the league title,” Suma told www.footballsierraleone.net.

“I have a big desire of my own and that makes me very motivated. It’s a great club in a great city,” added Suma.

He explained: “I got the offer from the head coach who was the assistant coach with my previous club Sacramento Republic FC, which means he trusted me so much and it means a lot to me.

“We’ve played 3 pre-season friendly games I’ve scored 1 and 2 assists so far and I’m looking to the 17th of March the league opener.”

Since moving to the United State, Suma first signed with Philadelphia Fury, In 2016, he enjoyed a short-term career season helping the Fury crowned the season’s champions.

The attacking maestro was named the best player of the 2016 spring season of the American Soccer League.

His brilliance caught the attention of many pundits and clubs and as a result moved to a higher level signed with Sacramento Republic FC the same year on December 5, 2016.

A few weeks ago, Fresno’s General Manager Frank Yallop, on Suma told club’s website, “Lamin has proved himself in the league and that’s huge. he is an exciting attacking player with strength and the ability to create chances and score from a wide position.

“He’s got good pace and is a powerful runner that will serve us well on the outside.”

Before moving to the U.S, Suma has had spells with Serbian side FK Jagodina. Montenegrin First League side FK Jedinstvo Bijelo Polje where he played the 2012–13 seasons.

In summer 2013 he moved to Estonia and joined Meistriliiga side FC Flora Tallinn, before moving to Finnish third-tier side Atlantis FC in 2014.

For Sierra Leone, he has played for all categories of the youth national team, namely, the U-17, U-20 and U-23 teams.