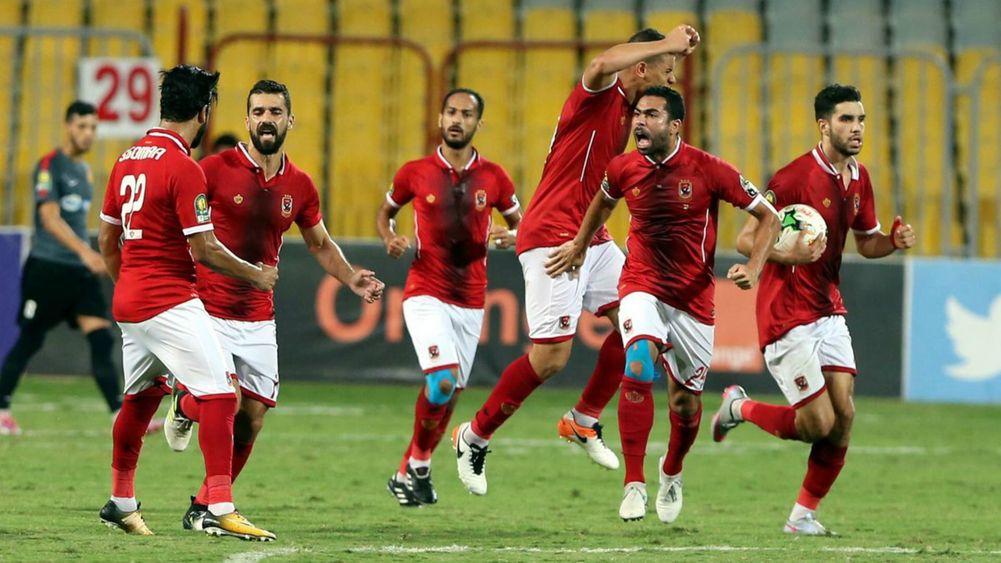 Record-breaking winners Al Ahly recorded a 4-0 thumping over Mounana of Gabon on Tuesday in their 2018 CAF Champions League last-32 tie.

Botswana’s Township Rollers made headlines for the second round in a row with victory in Tanzania over Young Africans.

Ahly were two-nil up before halftime and two goals from Abdallah El-Said in the second half secured the win.

The eight-times winners and beaten finalists last year will travel to Gabon later this month for the second leg.

That tie may seem to be over, but the six teams involved in the other three games on Tuesday all still have some hope of progressing.

Township Rollers 2-1 win over Young Africans in Tanzania gives them an excellent chance of going through and becoming the first team from Botswana to make the group stages.

Motsholetsi Sikele hit their winner late on in the game in Dar es Salaam. In the previous round, Rollers ousted Sudan’s El Merreikh.

Nigerian debutants Plateau United suffered a difficult start to their tie with former champions Etoile du Sahel – going three-nil down in the first few minutes of the game in Sousse.

By halftime it was four-nil, but they were not humiliated – instead scoring twice in the second half to record a 4-2 defeat and give themselves a chance of turning the tie around in the second leg.

In Tuesday’s other game, Horaya of Guinea secured a 2-1 home win over Generation Foot of Senegal thanks to a stoppage-time goal from Sidy Diop.

There are 12 other matches to be played on Wednesday – including title-holders Wydad Casablanca against Williamsville of Ivory Coast.