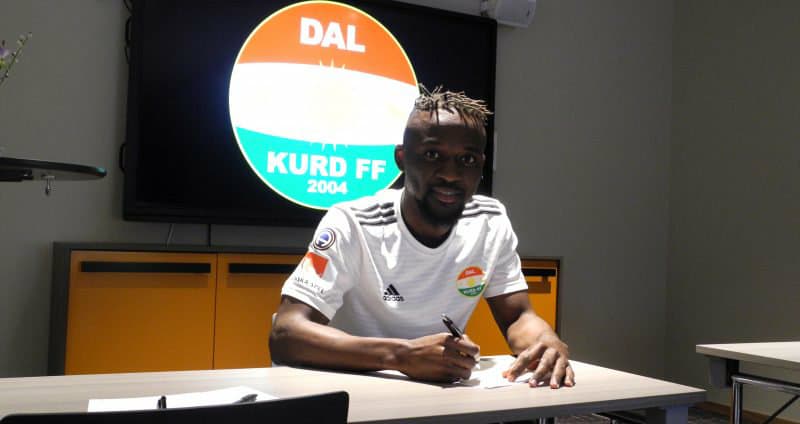 The 23-year-old forward, who accounted for nine goals last season while playing for AFC Eskilstuna has cemented his long-awaited move after some notable performances despite AFC relegated.

Buya told the club’s website: “I’m delighted to have signed for this great club. “First of all, I wanted to come to a club that believes in me, especially the coach. The coach knows me well and I know him since his time in Assyria.

“So I know he believes in me and coaches who believe in me always get the best of me. I will give all I can to do more this year than I did in AFC,” Turay added.

He continued: “I am very happy because this was what I was waiting for. I have been waiting for so long to know where I will play.

During the 2016 season in the Swedish Superettan, Turay accounted for ten goals to help AFC Eskilstuna promoted to Allsvenskan.

Sports director Adil Kizil is very pleased that Buya Turay has joined the club. Here he gives his view to the club’s website about their new acquisition.

“We are very happy to have Buya Turay here with us. It is a player we are very careful about. For us, the association feels very good that we know we are so attractive that we can attract players of this caliber. Especially considering that we know that interest has been very big around Buya Turay and we look very much forward to seeing him with us, Kizil says.

The club will kick-start their 2018 Swedish league campaign away to AIK on Monday, April 2 at the Friends Arena in Stockholm.