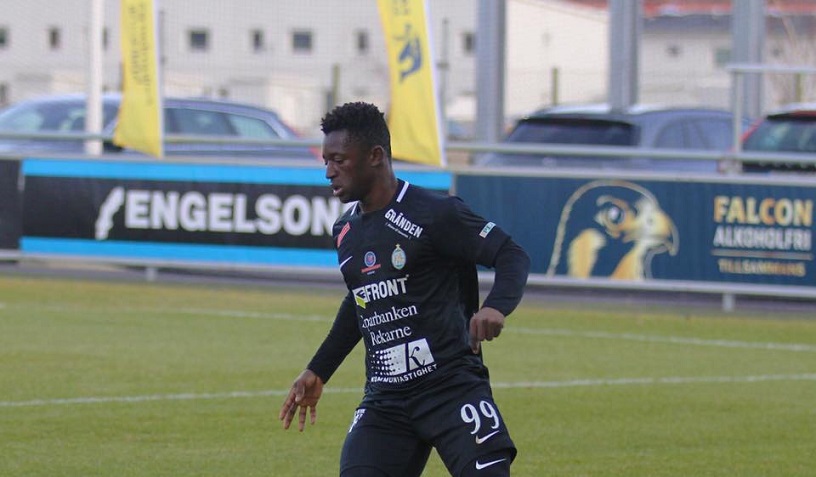 Michael Kargbo says it was a ‘special moment’ but also disappointed after making his senior debut for Swedish Superettan side AFC Eskilstuna.

Eskilstuna lost to Falkenbergs FF 2-0 for the first time this season at the Falkenbergs IP stadium on Saturday.

The youngster came off the bench during the defeat against Falkenbergs to mark his debut for his new side.

However, while he was glad to have a taste of the first-team action but also disappointed after his club failed to take their chances.

Speaking to this medium, Kargbo noted mixed emotions due to the manner in which his side lost.

He told footballsierraleone.net, “It was a special moment playing for such a big club but also very disappointed with the defeat.

“Playing my first Pro game means a lot to me and everyone that has been supporting me in one way or the other.

“Yesterday’s defeat we were unlucky because we created our chances but couldn’t finish them well.

“Now, we are looking forward to our next game at home to correct our mistakes and get all three points.

“I also want to use this time to say thanks to the Coaches and Staff for the faith and belief they have in me.”

The club’s new acquisition signed after he impressed playing a couple of games for the U21 side last year.