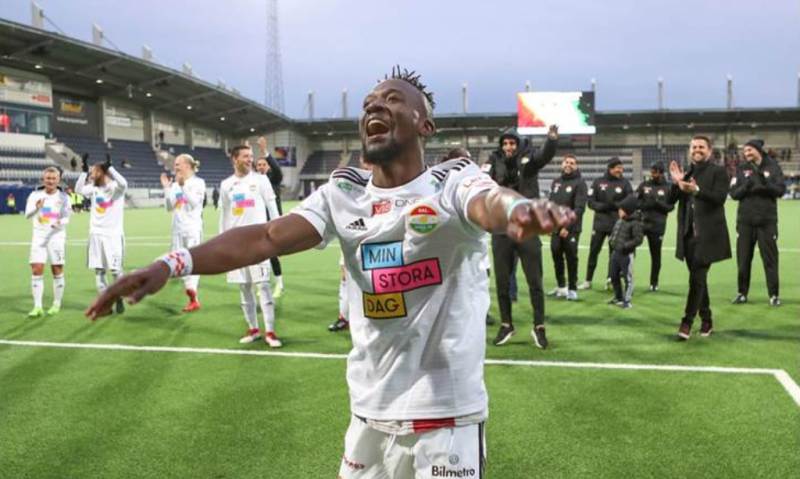 Mohamed Buya Turay impressively scored a brace on his debut for Allsvenskan new boys Dalkurd FF, as they thrashed Östersunds FK 3-0 on Sunday in front of home fans.

In recording a debut double, the Sierra Leone native has accomplished a feat in the Swedish top-flight for the first time in his career.

Turay, 23, who signed a three-year contract last month already showing glimpses of his attribute to his new fans.

He opened the scoring for the home side in the 35th minute with a fine finish that hit the post and then bounced back behind the back of the Östersund goalkeeper Aly Keita.

Norwegian midfielder Oliver Berg double the host lead before Turay completed his matchday double in style to send the home fans to ecstasy.

“My girlfriend is pregnant. We will have a little girl on July 19th. This was a tribute to them,” Turay was quoted as saying

“This was a perfect timing for Buya Turay, who can run a lot and can do this. He believes in his qualities, he shows this in his first goal,” says teammate Rawez Lawan.