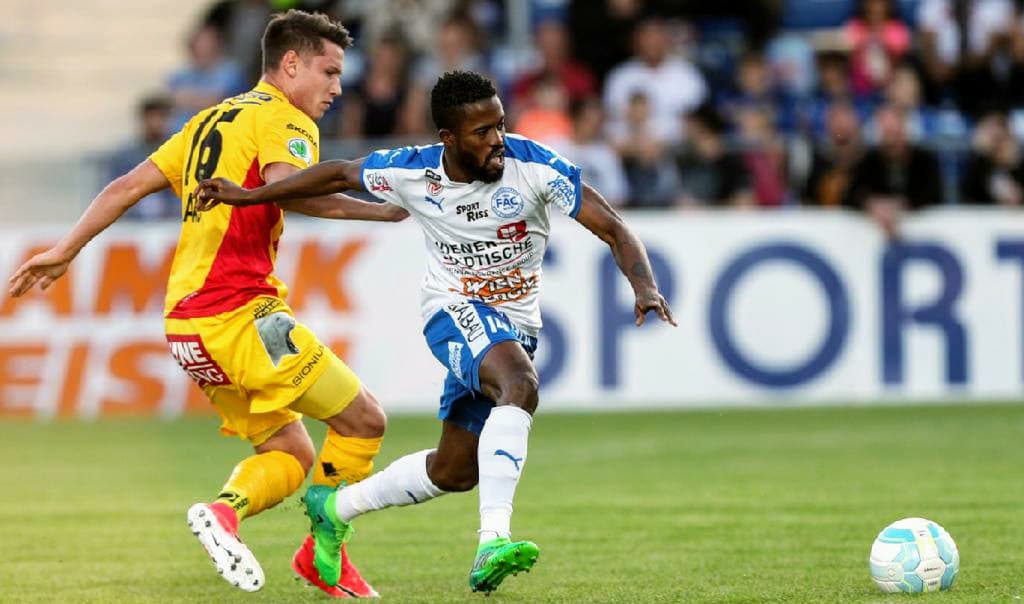 George Kewku Davies, who last month signed for Latvian top-flight side Riga FC, got off to a losing start.

Davies, 21, new side lost their opening Virslīga 2018 league contest 1-0 away to FK Liepāja on Saturday, March 31.

Davies wearing No 21 jersey was introduced in the last six minutes on his away debut but could not help his side salvage a draw.

FC Riga second league match is a big derby against FK Rīgas FS today and the former St.Polten attacker is expected to make his home debut.

Davies is the second Sierra Leonean to have played for the Latvian side following John Kamara, who was an instrumental figure in the 2016 side.

The former Floridsdorfer AC midfielder was first call-up to the Sierra Leone national team in August 2012 against Cape Verde but made his senior international debut in 2013 against Tunisia in a 2-1 away defeat.