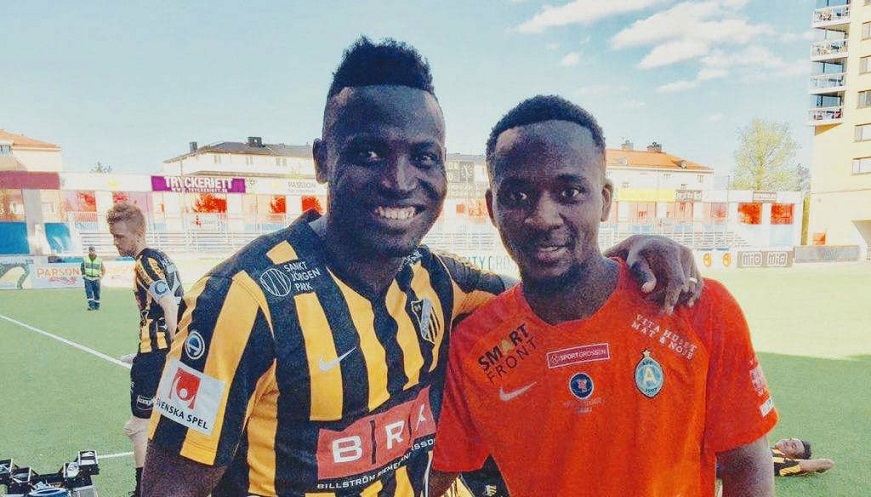 Alhassan ‘Crespo Kamara’s Häcken will host Mohamed Buya Turay’s Allsvenskan new boys Dalkurd as both compatriots will face each other for the second time in their career at club level.

The two countrymen plying their trade in Swedish Top-tier will be locking horns once again on Saturday at the Bravida Arena.

Last season it was Kamara’s Häcken came out the best over the two legs in the Swedish top-flight.

BK Häcken defeated Turay’s former side AFC Eskilstuna 3-0 in October second round of the Swedish league campaign and both share the spoils 0-0 at the Bravida arena in May 2017.

Kamara, 25, who still searching for his first league goal this year, if selected will be making his third Allsvenskan while Turay impressively scored a brace on his debut for Dalkurd.

Both teams have lost one of their two opening two league games.

The Sierra Leone internationals are unavailable for comments, but all the best to the two countrymen.

Both teams on three points, but the visitors are standing eight on the table because of better goals margin while Häcken lies 10th.