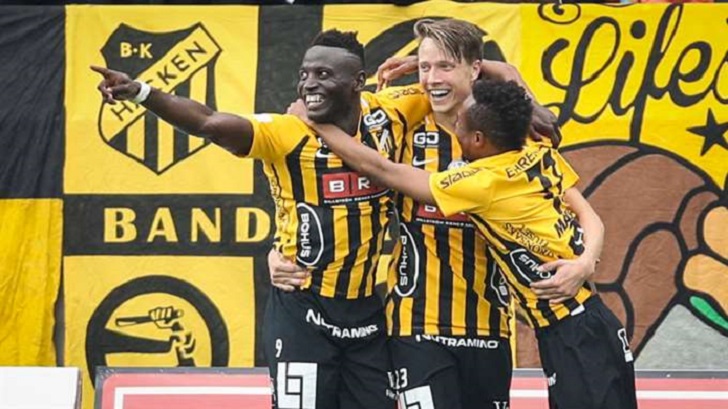 BK Häcken striker Alhassan Kamara scored with the last kick of the first half against compatriots Mohamed Buya Turay’s Dalkurd in their 3-0 victory on Saturday.

The 25-year-old, in his third appearance of the season, open the host scoring in the 45 minutes in today’s clash at Bravida Arena in Gothenburg.

The two Sierra Leonean started the contest; however, it was Crespo Kamara whose name was on the scoresheet following his first league goal of the season.

The victory means Häcken moved up to second at least until tomorrow when the likes of AIK, Hammarby and others play on Sunday.

It was also the second league defeat for Turay’s new side in their opening three league matches.

Despite not on target today, Turay impressively scored a brace on his debut for Dalkurd on last week against Östersunds FK.