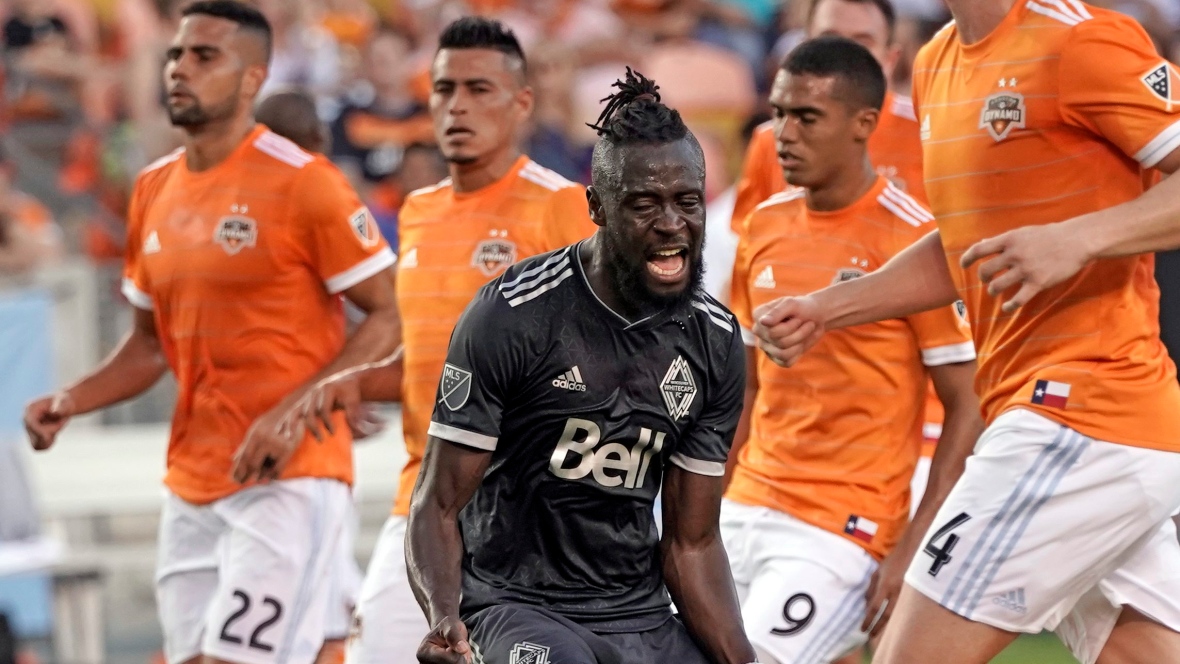 The Leone Stars veteran goal poacher was unavailable in Vancouver’s 2-0 defeat to Los Angeles FC on Friday night at home and his absence was felt.

The defeat ends the ‘Caps 11 home undefeated streak at BC Place. The Caps suffered consecutive losses for the first time in 40 matches, dating back to March 2017.

Coach Carl Robinson confirmed that Kei Kamara underwent MRI analysis on Friday but the club will have to wait to know the extent of the injury.

“He had an MRI on Friday,” said Robinson. “So I haven’t got the results yet,” Robinson, told reporters after his side defeat to LAFC. “I think he’ll be out for a period of time.”

“It’s not ideal,” Robinson worriedly admitted. “But we’re going to go through periods this year where you don’t create a number of chances, and we’ve had them in two consecutive games.

“We just have to go back to the drawing board. Whether it’s trying a different formation, whether it’s a tweak in personnel.”

Kamara has scored three goals and two assists in his five appearances for the Whitecaps so far this season.

“We’ll have to wait and look at how serious Kamara’s injury is, which will probably know a little bit more about next week.”

Robinson added, “We’re always looking to bring in players. We try to strengthen our team as often as we can. I am not going to bring players in for the sake of it. They have to be better than what we have.

The Whitecaps next outing is away to Kamara’s former club Sporting Kansas City April 21 at the Children’s Mercy Park.