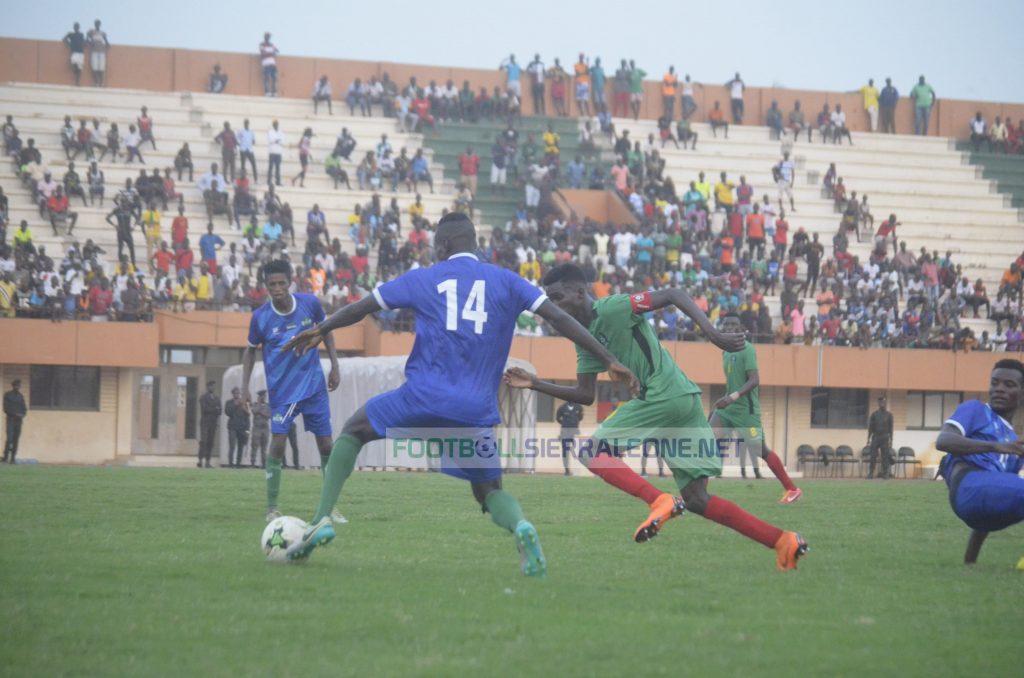 Shooting Stars of Sierra Leone will start against Guinea Bissau in the West African Football Union (WAFU) Zone A tournament in Liberia.

Sierra Leone is in Group A alongside neighbour Liberia, Guinea Bissau, and Cape Verde, while Senegal will compete against the Gambia, Guinea and Mali in Group B.

The 2018 WAFU FOX U-20 Youth Football Tournament is expected to get underway on 24th April with hosts Liberia taking on Cape Verde at the Samuel K. Doe Sports Complex.

The Samuel K. Doe Sports Complex and the Antoinette Tubman Stadium are the two stadiums selected for the tournament.

Sierra Leone will then play Cape Verde before playing their last group match against Liberia.

Football Sierra Leone understands that the theme of the tournament is ’14’ in recognition of President Weah’s jersey he wore during his playing days for the national team of Liberia.

“We all know what 14 means. It explains itself so 14 is the number everyone remembers,” Bility was quoted as saying.

The draw was stage last month March 26, 2018, and the ceremony chaired by the Secretary Generals of WAFU Zones A and B Jammeh E. K. Bojang and Akan Malan was held at the Samuel K. Doe Sports Complex and attended by representatives of participating countries embassy in Liberia.

Meanwhile, Guinea Bissau won in the first leg at home in the race to Niger by a single goal.

The only goal for the host was scored by Sampdoria striker João Cláudio Gomes Ricciulli in the opening 11th minutes at the 24 de Setembro Stadium.