The Sierra Leone International, who scored on his CAF Champions League debut for Al Merreikh in a 2-1 win over Township Rollers in Khartoum in February, has recorded nine goals in the first phase of the Sudanese top-tier in twelve appearances.

The 20-year-old also notably bagged a debut brace and is now focusing on winning something with his new side in Sudan.

The sixteen times Sudanese titleholders are presently leading Group B. The league second round will be commencing July 15.

Alhaji Kamara’s Moldovan side will be in action on Sunday against Dinamo-Auto Tiraspol looking to extend their lead at the top of the Divizia top flight.

Kamara, 24, who announced himself in the Moldovan top-flight after scoring in the Wasps opening two league games, has encountered for three goals in this campaign in eight matches.

Kamara joined the club as a free agent after leaving Saudi Arabian side Al-Taawoun in February.

The club management announced on Friday that they have acquired a new head coach. Croatian expert Goran Sablic has signed an employment agreement and will start work immediately.

The club has dominated Moldovan top-tier since 2001, winning 16 titles and 9 Moldovan cups.

Wellington has scored three goals in as many games played this season.

Two points adrift from Medeama and Ashanti Gold respectively are yet to lose at their Cam Park home venue this season winning six and draw two from their last eight league matches.

They were expected to host Unistar Acad on Sunday. However, the Ghana Football Association has postponed all football matches until further notice.

This is because of a directive from the government of Ghana.

Signed for the South Carolina-based club Charleston Battery in February.

Mansaray was part of the Battery’s side that where knockout of this year’s fourth round of the U.S. Open Cup after a 3-0 defeat to Atlanta United on Wednesday night at Fifth Third Bank Stadium.

The Sierra Leone native has yet to score for the USL side after six appearances.

Their last 3-3 league draw with Indy Eleven extends the Battery’s unbeaten streak to eleven games in all competitions and nine games in league play.

The former USA men’s U18 and U20 player in June 2017, voiced his desire to play for his native Sierra Leone and was part of the countries men’s senior team preparation in the AFCON opening tie against Kenya.

Mansaray is still eligible to play for either country.

The Finnish third-tier side presently sixth in their Group C Kakkonen standings from seven matches this season.

Foday, who has been playing a defensive midfield role in their last five matches this season, is targeting to help IFK beat GBK Kokkola on Sunday.

The 23-year-old, who signed on a two-year deal is a promising talent. He last played for FC Jaro following his moved from Lupa Virkia.

His preferred position is in left midfield but he can also operate on either flank and has been noted for his versatility in Finland.

Hailing from Parent from Sierra Leone, Josh Koroma, who is a  Leyton Orient Youth team product signed his first professional contract with the Club in September 2016.

The skilful forward was handed his Orient debut at Barnet on April 9, 2016, when he came on in place of player-manager at the time Kevin Nolan.

Koroma became the youngest O’s player to score a hat-trick for the Club on March 4, 2017, when the O’s claimed an emphatic 4-0 victory at Newport County.

The forward made a total of 25 appearances for O’s first team during the 2016-17 season, scoring three goals.

The veteran keeper, who plies his trade in the Canadian Soccer League (CSL) with Scarborough SC is hoping to help his side win the title this season.

Trye, 33, is relishing the prospect of leading his new club to triumph in their next upcoming games.

Scarborough SC played to a goalless draw away to Serbian White Eagles on Friday. They lost 3-0 to FC Ukraine United Sun, Jun 03.

Leaving them fourth in the CSL top-tier standings. 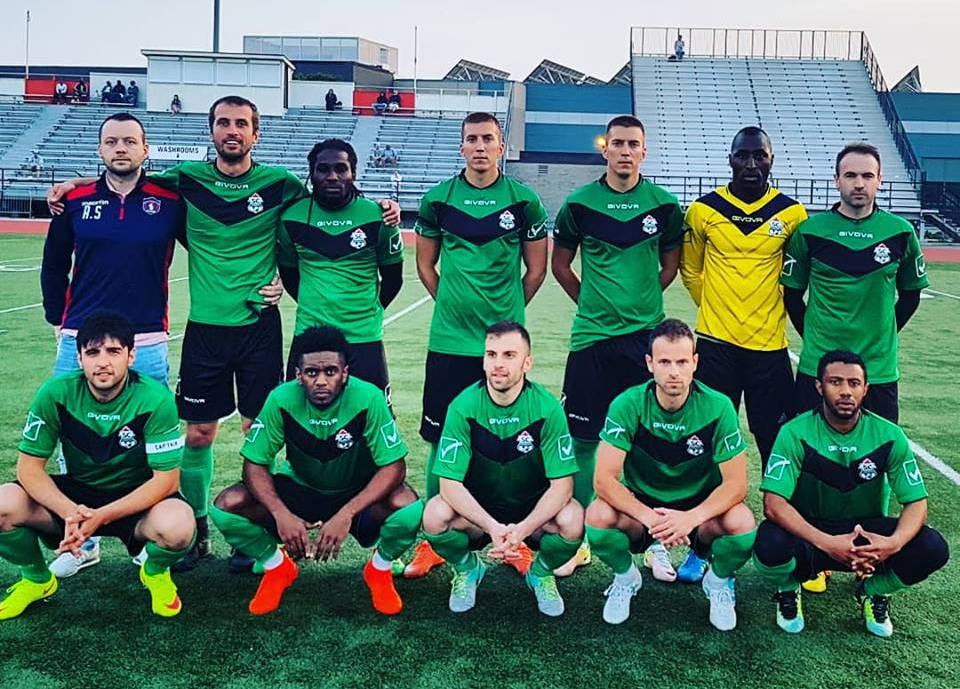