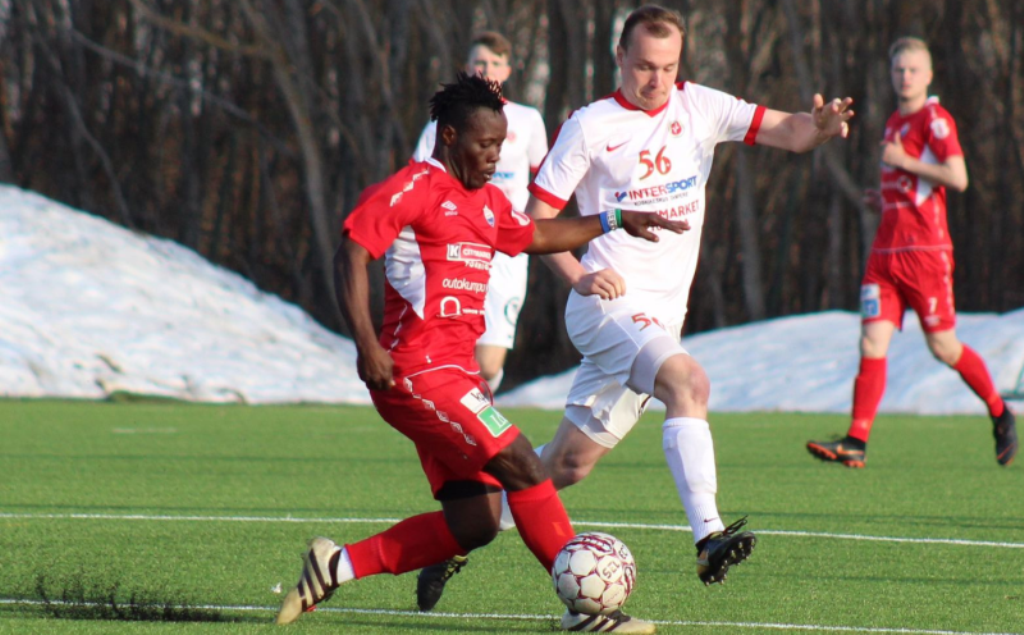 Thomas Koroma and Abdul ‘Buduski’ Sesay were both on target as TP47 defeat IFK Vaasa 2-0 to register first league win of the season on Wednesday.

Koroma, 25, opened the scoring for the hosts just before the hour mark with a close-range strike for his first of the season.

His compatriot Sesay (Pictured in action) doubles their lead in the 74th minute with a superb volley assisted by Jaakko Pyyny.

Another Sierra Leonean, who was on the losing end, is Foday Conteh.

Conteh was in action for the visitors Vaasa, who are presently eight in their Group C Kakkonen standings from ten matches this season.

Despite their first league win, TP47 are still bottom of the standing with one win from ten league encounters this season – losing their opening seven games.

They face Närpes Kraft next on the road on the 30th of June.