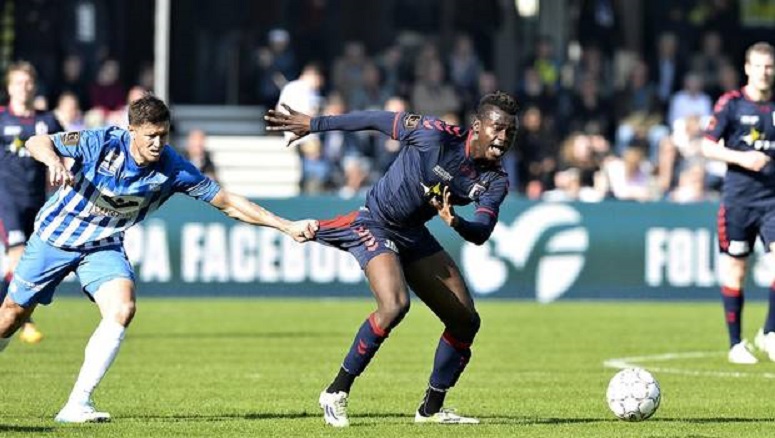 AGF Aarhus and Sierra Leone youngster Mustapha Bundu has set himself a target ahead of the new Danish Superliga 2018 – 2019 season.

Bundu, 21, is aiming to score over ten goals in his second full season after scoring six goals last season in all competitions.

“I will like to get double figures this coming season,” he said. “And probably get my team to a higher and better position in the league.”

Bundu, whose contract up until summer 2021, has challenged himself.

“I would love to score 10-plus goals and I think I am capable,” the striker told Football Sierra Leone.

Aarhus GF kick-starts their season next weekend July 14 away to FC Champions Midtjylland.

Bundu has been impressive since joining the club and was rewarded a long-term deal.

In AGF’s away defeat to Brondby IF, he made his Danish Superliga debut as a substitute on 23 October 2016. He came on the pitch in the 78th minute, replacing Martin Spelmann.

The former Hereford FC made 20 league appearances last season for the Danish outfit.