The attacking midfielder, who was also on target, last week Thursday, July 5th away to Njardvik, has now scored four goals in his last five matches.

Alhaji Kamara’s FC Sheriff Tiraspol suffered a 2-1 defeat in Georgia to Torpedo Kutaisi in the UEFA Champions League’s preliminary round at the Givi Kiladze Stadium.

The Sierra Leone striker and the Divizia league top scorer was unable to save his side from defeat but still can send them through the next stage if he can replicate his goal form next Wednesday in Moldova.

The Moldovan champion opened the scoring in the 14th minute from Ziguy Badibanga, but the hosts levelled things up through Ghiorghi Kimadze before Ghiorghi Kuhianidze sealed the win in the 64th minute.

However, Kamara and his FC Sheriff side could make amends in the return leg when they host the Georgian side on Wednesday, July 18, in Tiraspol.

The aggregate winner will go up against Macedonia champions Shkëndija (MKD) or Welsh Premier League side The New Saints in Second qualifying round between 24/25 July & 31 July/1 August.

Kei Kamara was again in action last night as D.C. United down Vancouver Whitecaps 3-1 thanks to a brace from midfielder Paul Arriola.

Y. Asad opened the scoring for hosts in the opening 28th minute with a long-distance shot beating the Whitecaps keeper into the top-right corner of the Vancouver net.

D.C. United designated player and former Manchester United goal poacher Wayne Rooney rocked Audi Field when he subbed on in the second half.

However, Kamara, who scored two goals for Vancouver Whitecaps in their 3-2 win over Chicago Fire last Saturday night, has accounted for eight goals in 14 appearances this campaign.

Kamara’s Whitecaps will continue on the road on Wednesday, July 18 when they kick off Canadian Championship play with a semi-final first leg against Montreal Impact at Stade Saputo. 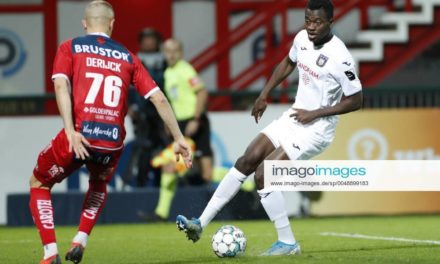