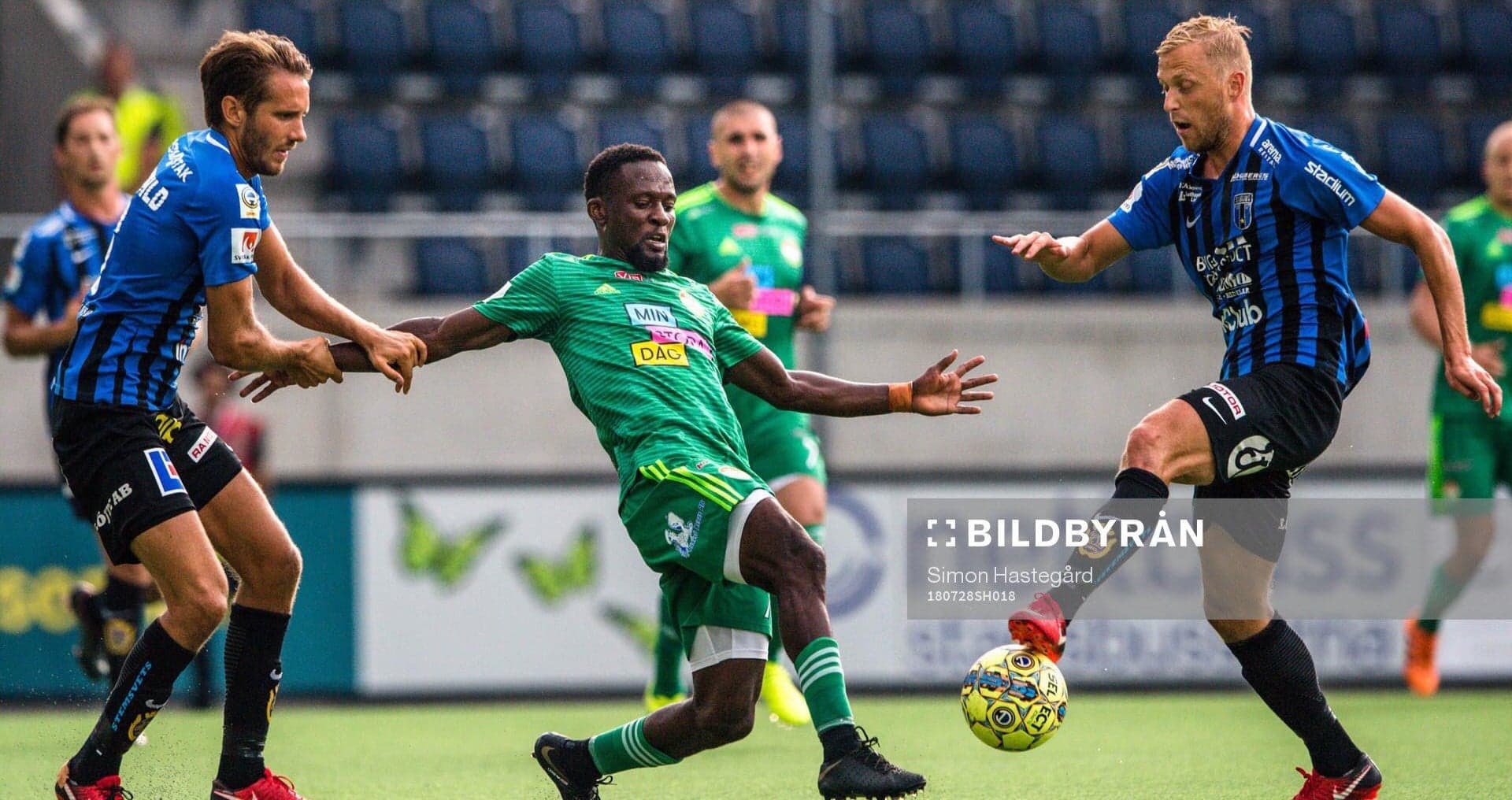 Mohamed Buya Turay scored once again to cement his place as one of the top scorers in the Swedish Allsvenskan despite Dalkurd suffered 3-1 defeat on Saturday.

He joined the Allsvenskan new boys in March but has been the club’s top scorer already setting higher standards than ever seen before.

Turay, 23, has now scored nine goals in twelve appearances for the club since March making him the league’s top scorer so far.

The Sierra Leone superstar has also equalled his overall tally last season for AFC Eskilstuna, where he accounted for nine goals before his switch.

“I am just happy to keep scoring goals for the team, he told Football Sierra Leone after yesterday’s defeat.

He added, “But, I am very sad with the results since I came here. I want my goals to help the team progress this is not about only me but the team.”

“We are in a very bad position. As a team, we all working really hard but the results are not coming our way.”

IK Sirius scored two first-half goals against the relegation-threatened side with goals from Christer Gustafsson and Nigerian Moses Ogbu in the 27th and 31st minutes respectively.

The Sierra Leone native scored just after the break in the 48th minute on Saturday to give his side a lifeline 2-1 against Sirius at the Gavlevallen.

The home team cannot stop the visitors as Ian Sirelius completed Sirius victory in the 95′ minute. (1-3)