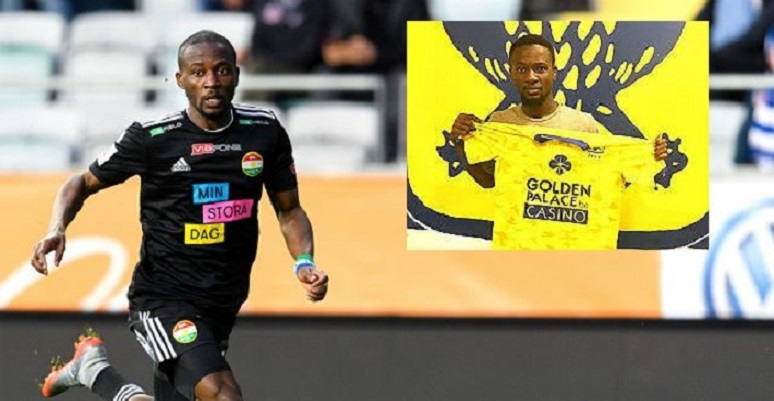 Manager Marc Brys’ has named the 23-year-old goal poacher in his 18-man squad for their third league match this season.

His assignment is clear scoring goals for his new side.

They are without a win from their opening two matches in the new campaign.

The Sierra Leone international scored nine goals in 13 appearances for the Swedish side Dalkurd before his move.

After meeting his new teammates at the club’s training ground he told journalists “Call me Buya, I prefer to hear that”.

“Buya is someone with a nose for goals. He fights for every ball, has speed, is firm and can make the action himself if he has to.

“I’m sure it’ll be fine with Boli next to him,” said Acar Hayrettin Stvv supporter of Kurdish origin, who knows Buya from Dalkurd FF.”

IN Moldova: Alhaji Kamara’s FC Sheriff won the first leg of the third qualifying round of the Europa League 1-0 against Icelandic FC Valur on Thursday.

The Belgian striker Ziguy Badibanga scored the only goal in the 85′ minute in Tripoli.

Moldovan Champions dropped to the Europa League after they were eliminated from the UEFA Champions League following a goalless draw with Macedonian side Shkëndija in Moldova.

Kamara, who is still without a goal in Europe top and second-tier competitions, was substituted in the 81st.

The away match is slated for 16th of August at the Hlídarendi – Reykjavik stadium.