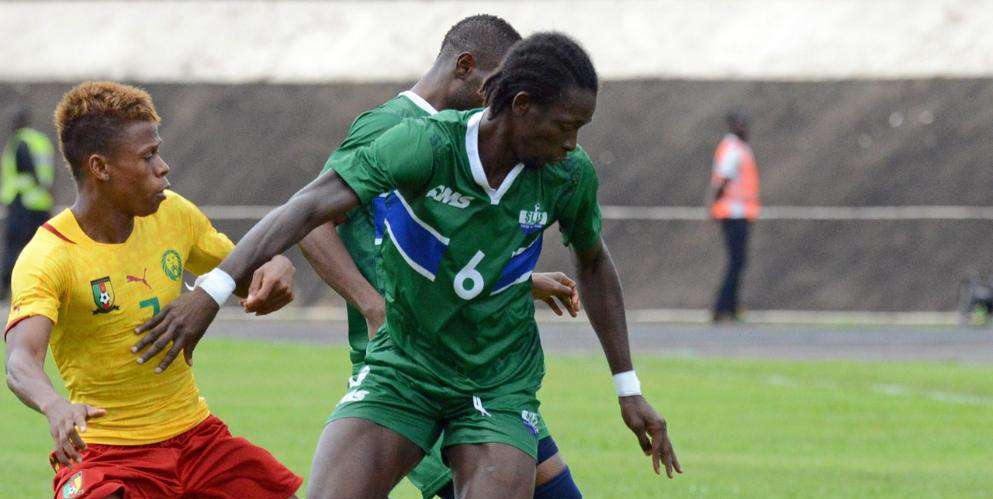 Kamara, who played some part in Sierra Leone’s 2-1 victory over Kenya in the qualifiers opener in Freetown, is confident that the experience gained over the years will help Leone Stars quest of qualifying for the tournament after 23 years.

The country has failed to compete on the continental big stage since 1996 and they are currently placed second behind Ghana in the Group F in the race to Cameroon 2019.

Kamara acknowledged a win in Hawassa against the Walias will strengthen Sierra Leone’s position ahead of the double-header with the Black Stars of Ghana.

“Not only the Ethiopia match but matches against Ghana and Kenya are not easy but we have to believe in our ability that we can make it to Cameroon next year, Kamara told Football Sierra Leone UK.

“Firstly, we have to be positive going up against a resilient Ethiopian team.

“We have the quality all around the squad and we should be confident of a positive result. We were close during the last qualifiers after a 1-1 draw against Ivory Coast in our group final match.”

“However, this time we just have to work hard to deliver and winning this tie will better our chances ahead of games against Ghana.”

After their trip to Ethiopia John Keister’s men will face a tough test against Ghana in October’s doubleheader before embarking on a journey to take on Kenya’s Harambee Stars in November.

Sierra Leone will round off their AFCON 2019 qualifying campaign with a home fixture against Walias of Ethiopia in Freetown in March 2019.