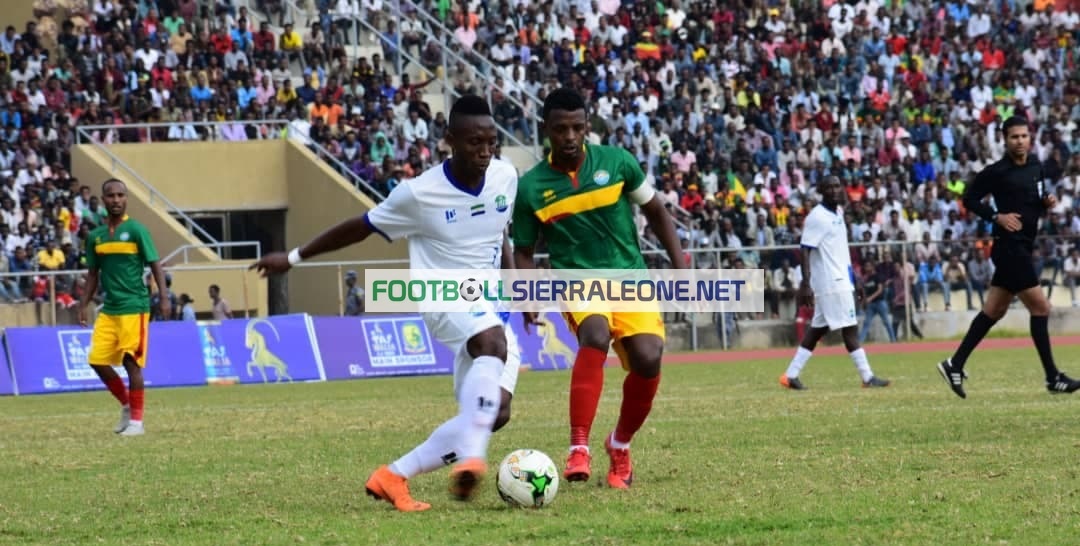 The Walias of Ethiopia revived their 2019 Africa Cup of Nations qualifying campaign with a 1-0 victory over Sierra Leone at the Hawassa Stadium on Sunday.

Ethiopian Premier League striker Getaneh Kebede converted a spot kick in 35 minutes to give the host team a deserving lead.

Tunisia referee, Sadok Selmi awarded a penalty to the Ethiopians after Ahmed Reshid fouled in the box.

As a result, the Walias now back in contention with all four teams now on three points from two matches in Group F.

The host team undoubtedly enjoyed the better share of play and dictated terms but their decision making in the final third was poor.

Sierra Leone tried to fight back before the break but entered the halftime a goal down.

The Ethiopians came out in the second half in high spirit, but their shooting in front of goal was poor as they failed to add to their goal tally.

Sierra Leone away drought continued – their last away win comes on the 08 September 2002 in Malabo, Equatorial Guinea during the 2004 Africa Cup of Nations Group 7 qualifiers.

Ghana still top of the group with Leone Stars now third behind Kenya.

Sierra Leone next match is against Ghana Black Stars in October 2018 while Ethiopia host Kenya in another crucial contest.

“I don’t think the bigger and experienced players performed at all.”

“That’s my disappointment. We just have to go back and work as hard as we can.”

“I am going to do my best to get the right players back in and take it from there.”

He commended the Ethiopians for their exceptional performance on matchday 2 while expressing determination ahead of their match with Ghana in a month’s time.

Ethiopian Manager Abraham Mebratu expressed his delight after securing the three points in his first competitive match as Head Coach of the 1962 Champions.

Ethiopia beat Sierra Leone the away drought still on