Sierra Leone Coach: “The experienced players did not perform at all” 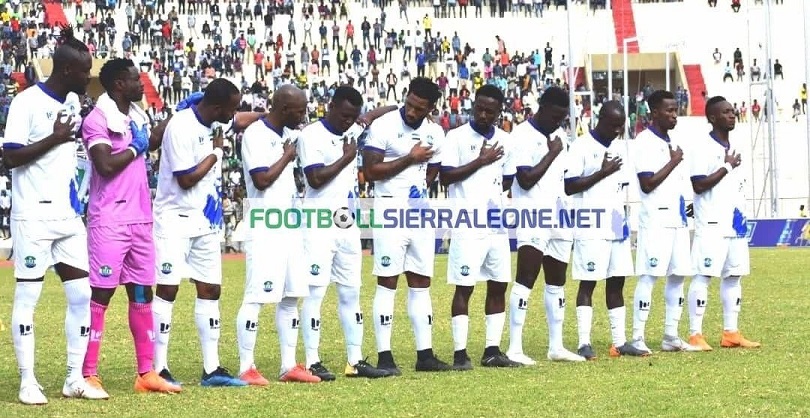 By Ishmail Saidu Kanu in Hawassa, Ethiopia – © SWASAL with support from the Ministry of Sports

Sierra Leone coach John Keister has expressed his dissatisfaction over the lacklustre performance of his ‘experienced’ and ‘senior’ players after Sunday’s defeat.

The Leone Stars suffered a 1-0 defeat to the Walias of Ethiopia in the 2019 AFCON Qualifiers on Sunday at the Hawassa International Stadium.

Ethiopia’s Captain Getaneh Kedebe Gibeto scored the only goal of the match after Leone Stars conceded a penalty in the 35th minutes courtesy of Yeami Dunia.

The West African team performed below expectation leaving Sierra Leoneans both in Ethiopia and at home in a disappointing mood.

Speaking during the post-match Press Conference, John Keister said he was disappointed at the performance of the team giving a bigger share of the blame to the ‘experienced’ players.

“I don’t think the bigger and experienced players performed at all…and that’s my disappointment. We just have to go back and work as hard as we can…try and get the right players back in and take it from there”, the 48-year old noted.

He commended the Ethiopians for their exceptional performance on match day 2 while expressing determination ahead of their match with Ghana in a month’s time.

Ethiopian Manager Abraham Mebratu expressed his delight after securing the three points in his first competitive match as Head Coach of the 1962 Champions.

All four teams in Group F have three points each, leaving the group wide open.

The Sierra Leone Delegation will depart for Freetown on Monday 10th September. 2018.