Former Sierra Leone internationals and Ex-players donate $500 to the national U17 team that was purportedly stranded in Senegal. (Photo credit SLE HOC in Dakar Henry Nyandemoh.)

It now appears that the team may not have stranded after all but it was a breakdown in communication within the team and information that reached the news media.

The team is presently staying at the Yoff Hotel Dakar pending their return to Freetown on Friday.

The unfortunate news that the national youth U-17 team stranded in Dakar, Senegal has raised a serious discrepancy between the Ministry and the Sierra Leone Football Association.

However, according to Sierra Leone Head of Chancery at the Sierra Leone Embassy in Dakar, Henry Nyandemoh, the U17 team will depart the Senegalese capital on Friday on board Air Mauritania to Freetown.

“The players and coaching staff were unable to connect with their return flight to Freetown after Sierra Leone was knocked out of the competition by Senegal,” the Head of Chancery posted on his Facebook account.

“All efforts made to reschedule the flight before the expected date of departure proved impossible and the team had to spend a few more days in Dakar,” added Henry Nyandemoh. 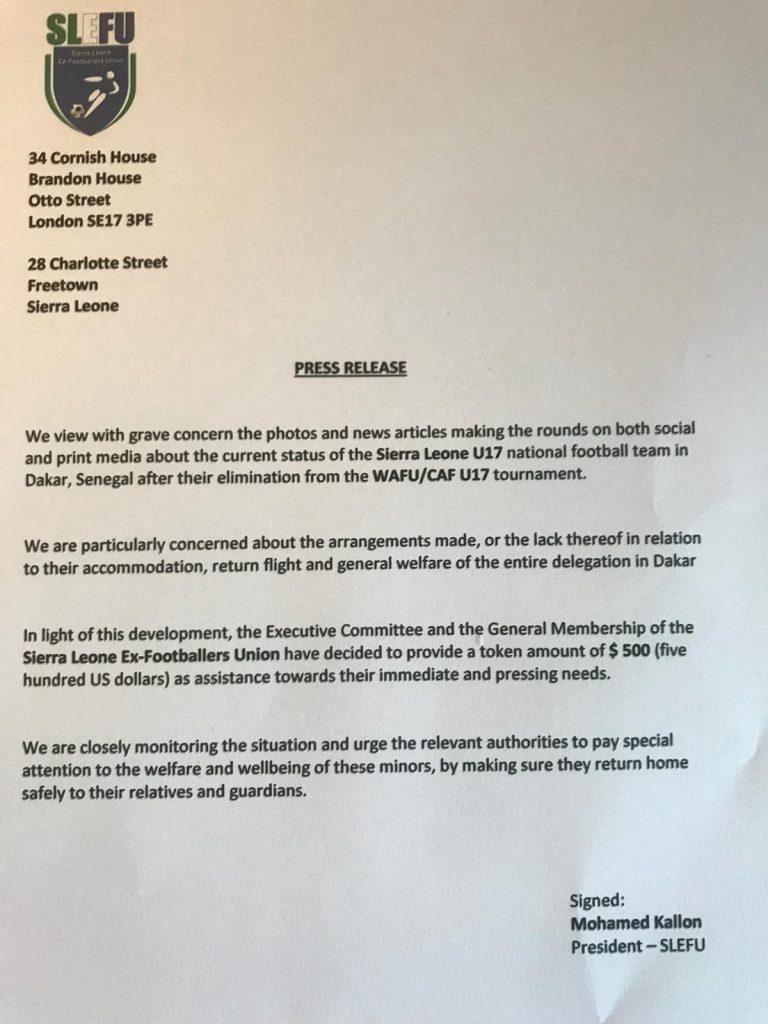