Over the latest international ban warning from FIFA, some Sierra Leoneans have joyfully welcomed the said threat on various social media platforms.

Some are of the opinion that only a ban would help to end the long-lasting impasse in the country’s most followed sport.

FIFA has requested the SLFA to provide a detailed report on the current situation by no later than Monday 24 September.

However, after news of the international ban and immediate suspension broke in Sierra Leone, some Sierra Leoneans took to social media to welcome the news.

Popular editor, Thomas Dixon reacted: “If it’s for me, let FIFA ban us”
.
Dixon’s comment was supported by Bockarie Sama Banya, a Sierra Leonean international businessman based in Germany.

Banya said: “Exactly if they call for the arrest and subsequent removal of Spanish FA president, yet they have the guts to dictate to us.”

“Why they never dictate to the FBI?” he asked.

President of Sierra Leone Reporters Union, Amadu Lamaran Bah reckoned: “A Fifa ban will be the best thing to ever happened to Sierra Leone Football, their funds is the main reason why Isha still want to hold on to power and continue to be around to cut off the source of the confusion and let solve our problem in the next two years.”

“The good thing is Sierra Leoneans have agreed for FIFA ban. Besides Cricket and Volleyball will represent us internationally until we fix football problems.”

Kpaka vehemently stated, “Best case scenario a FIFA ban can’t be worse than what we have now. Playing in international competitions which have been nothing but abysmal for our nationals.

“Let the ban be imposed, we will go back to the drawing board, restructuring of football administration, concentrate on our local league and rebuild for the future.”

Former SLFA Media and communication man, John Konteh noted: “FIFA directives are not Sacrosanct as long as you are able to provide enough justification to tell them what they asked. 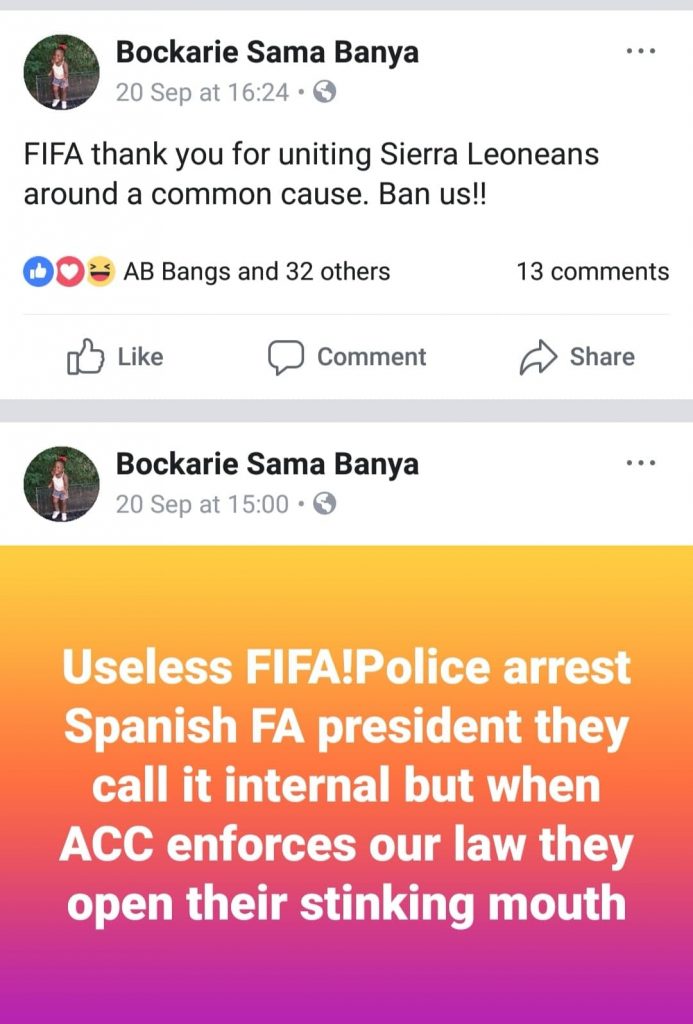 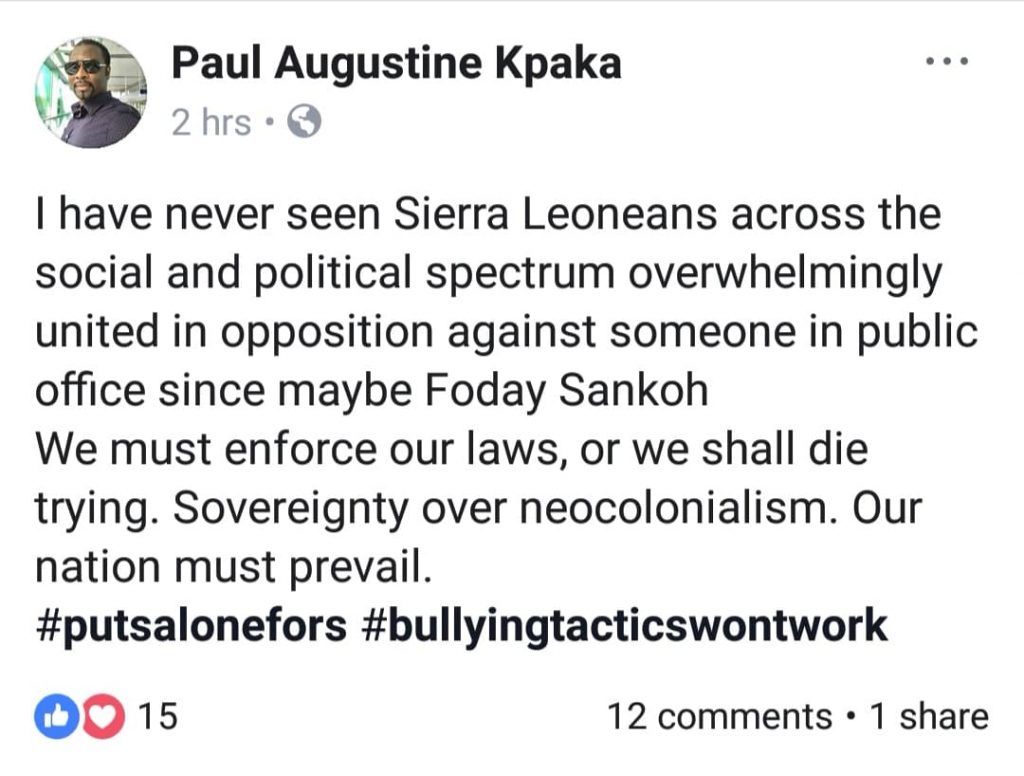 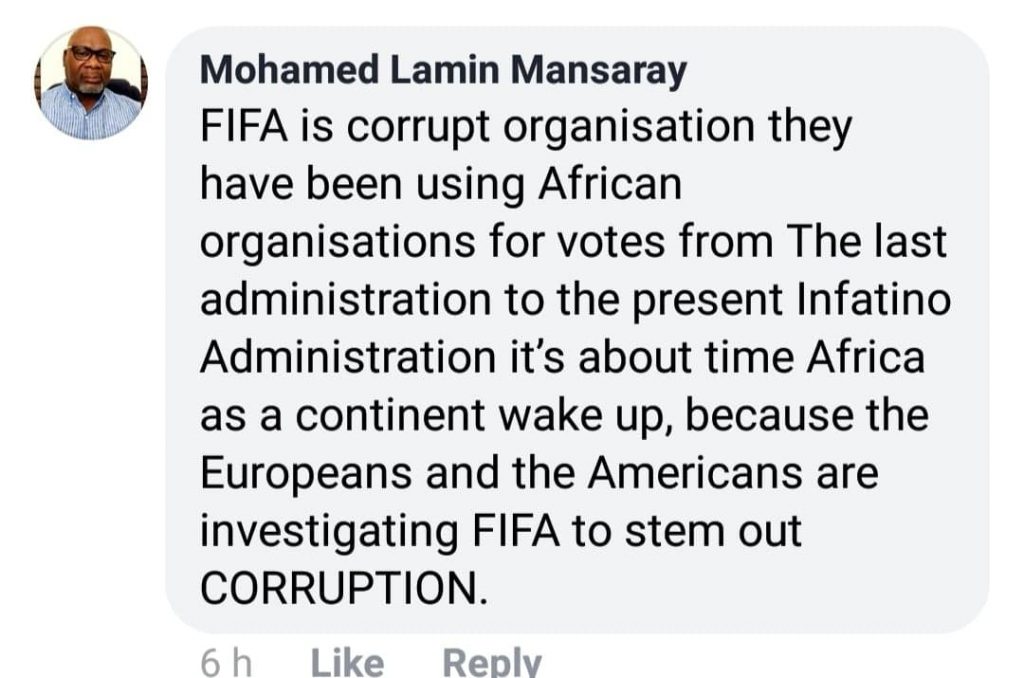 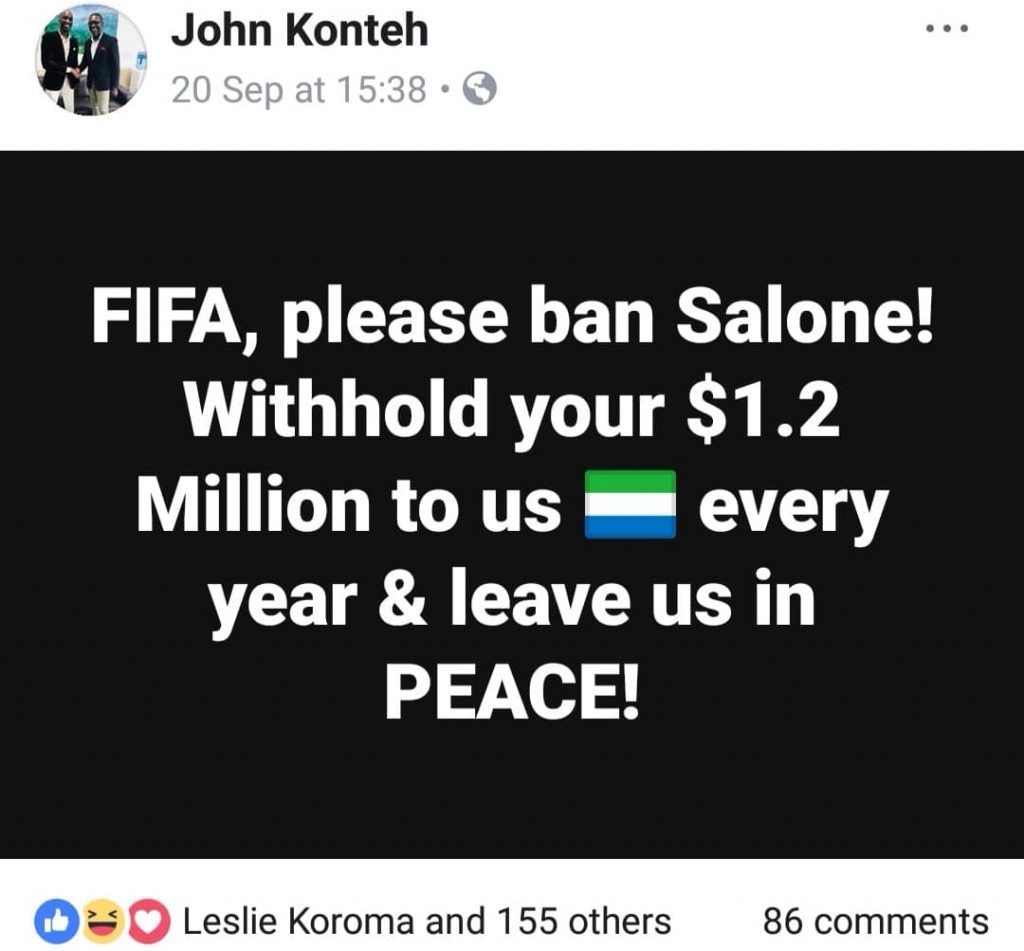 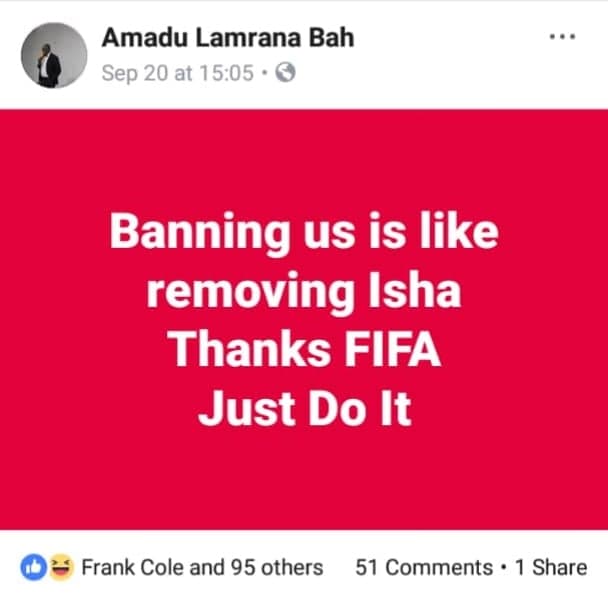 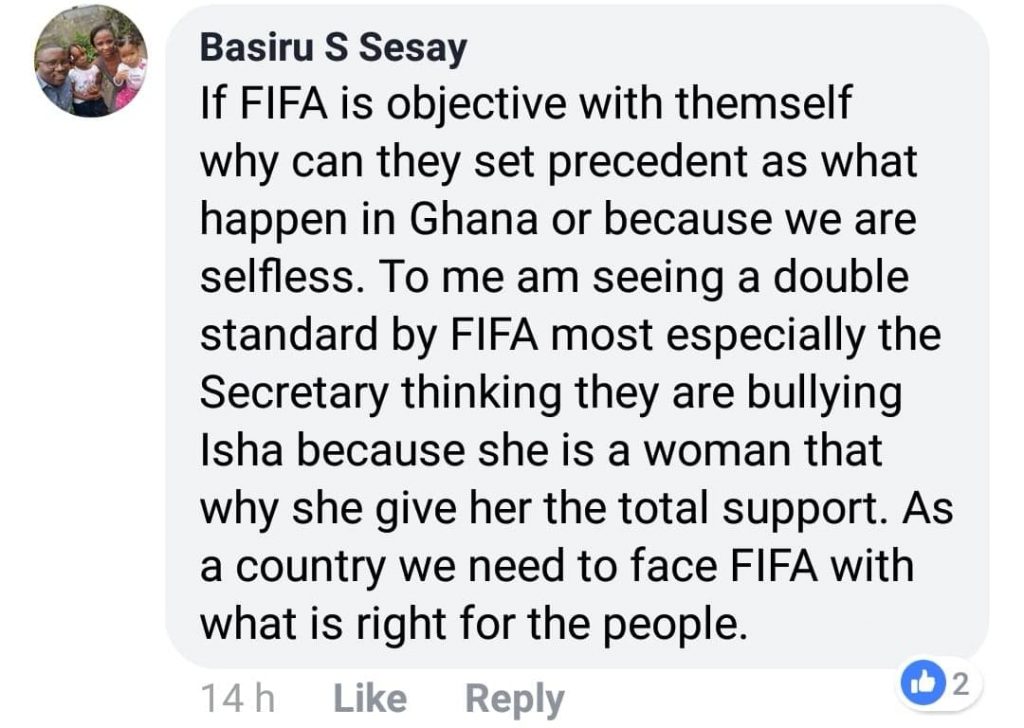