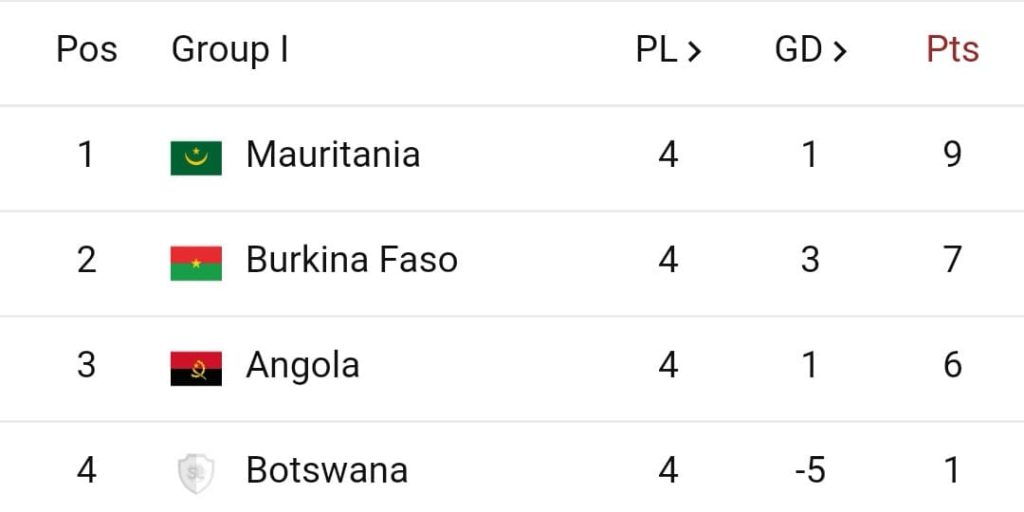 The Mauritanians sitting pretty at the top of Group I

Mauritania will qualify for the 2019 Africa Cup of Nations for the first time in their history this weekend with a win against Botswana in Nouakchott.

The Mauritanians defeat Botswana in their AFCON qualifier opener in June 2017 won 1-0 through an Abdallahi Soudani goal.

A team guided by French coach Corentin Martins will be assured of a top-two finish in Group I and qualification if they defeat bottom side Botswana in Nouakchott.

While Mauritania impressively won three of their four group games, Botswana lost three, drawn one, and not scored a single goal.

Botswana’s only previous Nations Cup visit to Nouakchott resulted in a 4-0 defeat 12 years ago.

Meanwhile. Host Cameroon automatically qualifies and already joined by Madagascar who secured their place at a Nations Cup also for the first time after qualifying last month along with Egypt, Senegal and Tunisia.