Sierra Leone defender Alie Sesay is enjoying his football with Greek second-tier club Kissamikos, despite a bad start to the season.

The 24-year-old signed a one-year contract with Greek side in August, after departed Swedish side IK Frej.

The former Leicester City academy graduate has been a regular in recent matches including their last 2-0 victory over Irodotos at home last weekend.

However, due to a poor start to their season, they are presently standing twelfth on the table but is something Sesay is not worried about.

“I’m enjoying the experience here because the standard of the league is good and very competitive,” Sesay told Football Sierra Leone.

The defender, who has made five appearances since joining the club clarified, “We started the season off bad but things are starting to pick up now.”

“I’m enjoying football at this club, and my aim is to continue to play well and help the club moving up the table.”

Sesay played over 35 matches for the Swedish side IK Frej Täby in the Superettan league last season.

The former Barnet defender, who can play across the back four and in central midfield, has previously, had loan spells at Colchester and Cambridge United. 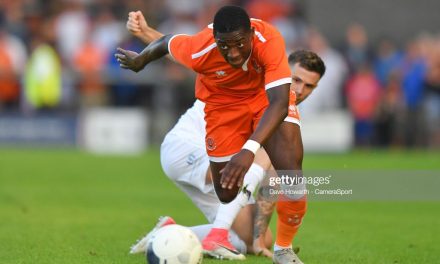