Sierra Leone striker Alhassan Crespo Kamara was forced off the pitch in their 1-2 away victory to PAE Aris with an apparent patella knee dislocation on Saturday.

Panetolikos announced after the win that in the 9th minute ‘Kamara was injured and left with a patella dislocation. He will be subjected to the necessary tests to assess the damage.

The striker, who has scored three goals for the Greek Super League side in eleven appearances, had to be substituted immediately and taken to the hospital.

In his attempt in the area, Kamara slipped and fell awkwardly that resulting in serious injury to the knee.

The home side played with ten players for almost an hour following goalie Julian Cuesta sending off. 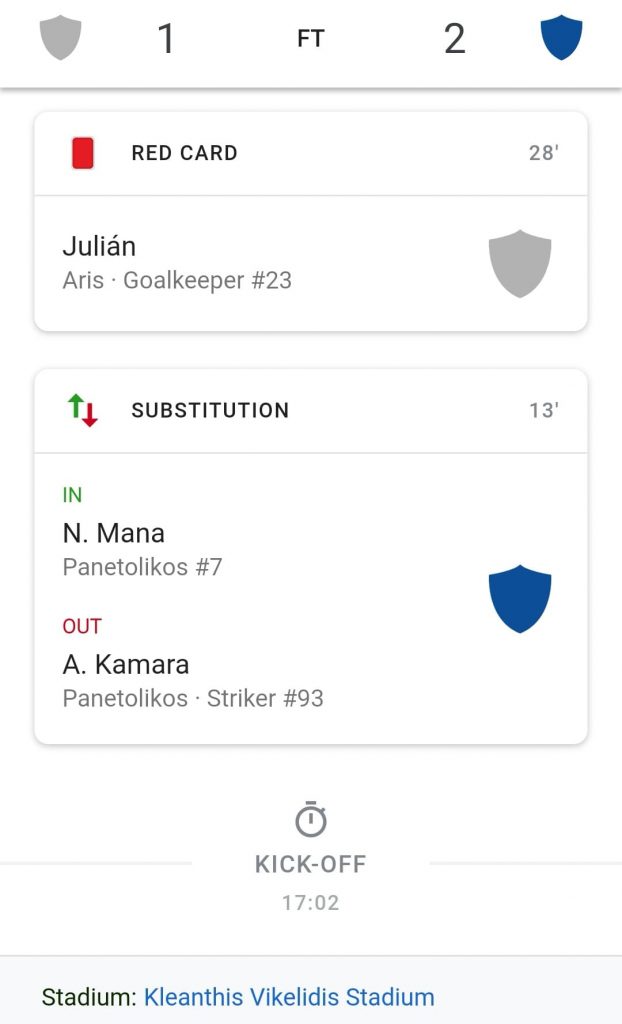