Sierra Leone’s Panetolikos striker Alhassan Kamara is facing up to five months out injured, the club confirmed on Tuesday.

The forward, who joined the Greek side in September on a two-year deal, may not play until May 2019.

The club has confirmed that the Sierra Leone international operation was successful.

Kamara was forced off the pitch in their 1-2 away victory to PAE Aris on Saturday. 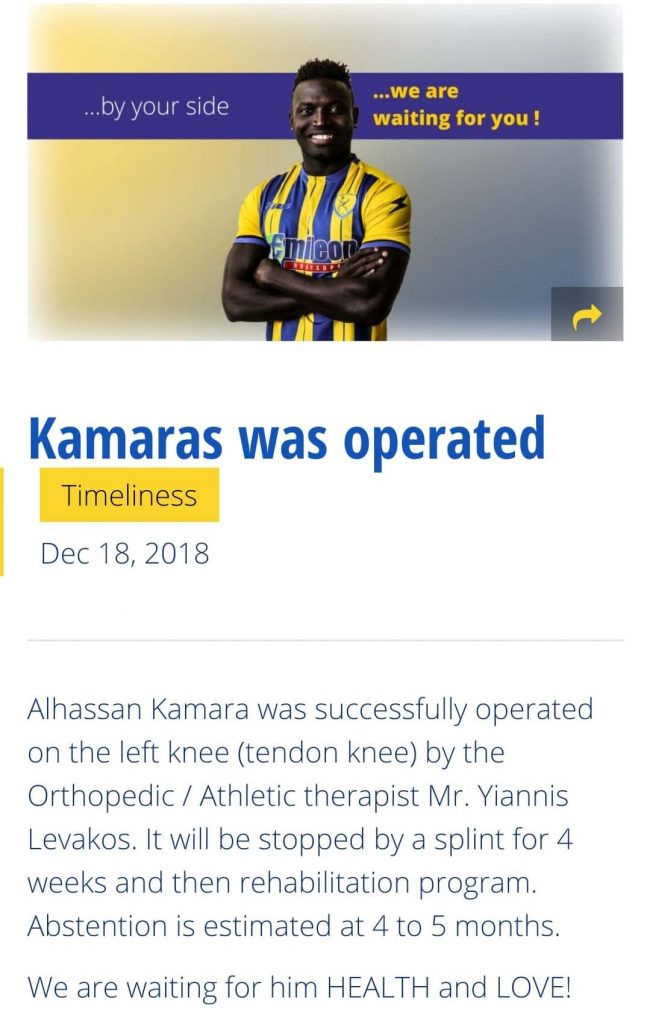