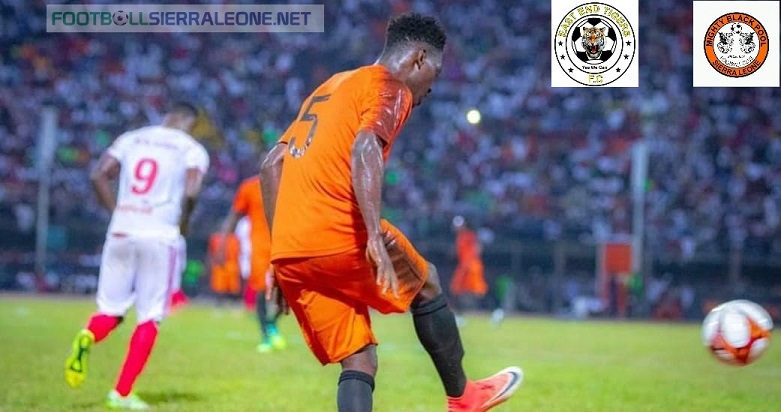 Sallia Fawundu knows his club Mighty Blackpool must win on Saturday to ease the pressure and start to salvage their season.

Sierra Leone’s most decorated are still without a win this season in the Premier League losing two of their three matches played.

Under Pressure coach, Abu Sankoh was set-aside due to the team’s poor results losing to rivals East End Lions and FC Kallon.

The club standing second from bottom announced that Sankoh’s assistant, Mohamed Jabbie will be in charge for the game against the East End Tigers.

East End Tigers, on the contrary, have only lost once out of three winning twice.

The Tigers, however, lost their first home game against Kamboi Eagles but their leading scorer Baimba Sesay is targeting more when he face Blackpool.

Sesay has taken his tally to two goals from three matches for the Tigers with his 75th-minute goal, against Freetown City FC at the Attouga Mini-stadium on Wednesday.

“Blackpool’s events of the pitch have unfortunately exhibited the outcomes on the pitch. It is highly unfortunate that the coach, Abu Sankoh has been made a scapegoat though,” Fawundu told Football Sierra Leone.

“Blackpool in all games so far has absolutely shown intricate midfield play and, composure. The results against FC Kallon and Lions games don’t show the tale of the player’s resolve and spirit.”

“For me, this Saturday is a must-win match as it’s not too late to salvage this season,” Fawundu explained.

“A hat-trick of victories, we should be in the hunt for glory again in the league. It’s inconceivable that we haven’t scored three games into the season, so I’m looking forward to victory in Lungi.”

The Blackpool agog fan also sends a message to the club’s management.

“The Executive need to manage the expectations of the players and fans alike. Instead of talking to the fans especially, should be engaging them. There is a disconnection at the moment and, it is spilling over unto the pitch.”