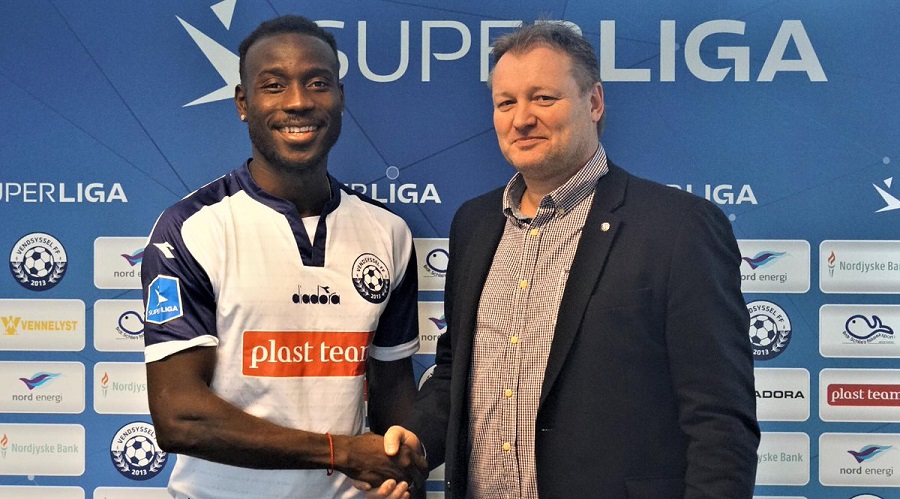 Alhaji Kamara, 24, who last played for FC Sheriff in Moldova expressed his delight after joining Danish Superliga side Vendsyssel as a free agent.

The club has been looking for a prolific striker as they struggled in the top flight of Danish football.

“I’m happy and can’t wait to meet my new teammates. I have previously played in Sweden, so I know a little about Scandinavian football,” he told the club’s website.

The former Sheriff striker added, “What I know is that the Danish league is strong with some good teams that would like to play football. Personally, I hope that I can help the team by making goals.

“I am hard working and a team player, and I am really looking forward to helping us stay in the Super League,” Kamara noted.

“Kamara is a really talented attacker who has previously proven that he can score goals. He has his forces in his timing in in-depth, his work in the field, and then he has a good main game despite his height,” Sports director explained.

“We hope and believe he can help us in the spring. However, we are aware that when we pick up a player at this time, he will have to spend some time getting in the same match form as the rest of the squad.

“Not to say that he is out of step, but we expect him to be built up in the first two to four weeks, so he is ready to make a crucial difference for us in the playoffs,” Ole Nielsen  added.

Kamara is the second Sierra Leonean striker to join the club, Christian Moses played for the club and scored nine goals in nineteen appearances before leaving to join Viborg FF.