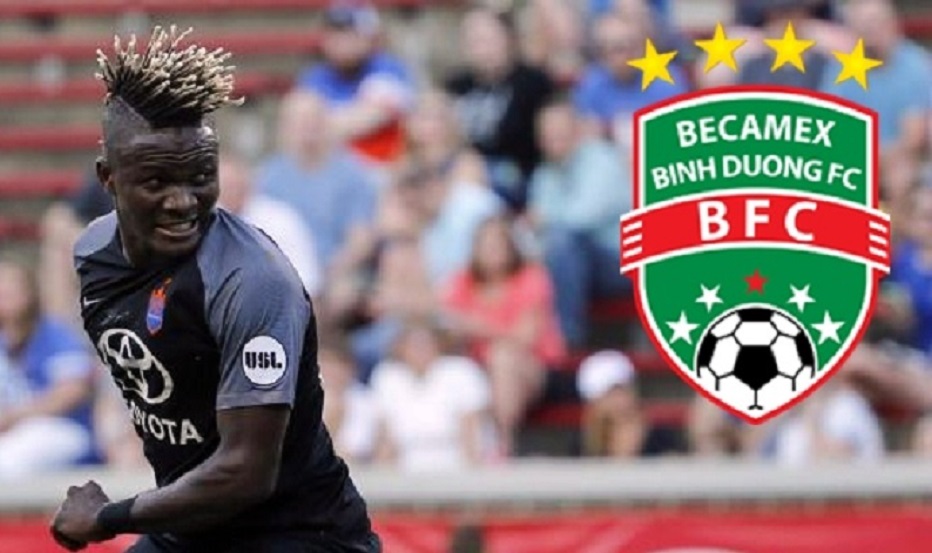 The 22-year-old is said to have signed a short-term contract with the Vietnamese club who are allowed to register only four foreign players.

Further information stated that if the player failed to adapt with the team and the league, the club has the sole right to end his contract immediately without compensation before they can recruit another player in the second phase of the season.

Mansaray has had a spell with the Seattle Sounders FC training academy, a team playing in the American Major League Soccer (MLS) and later with Charleston Battery Club in the USL Championship (the US second-tier league) where he made 18 appearances and scored two goals.

He also represented the U.S U-18 national team in August 2014 and played two games in the friendly tournament hosted by the Czech Republic, against Hungary and Ukraine.

After turning 18 in February 2015, Mansaray moved up to the U.S Under 20 national team where he made one appearance in 2015, followed by six others the following year scoring two goals.

After been dropped from the U.S. team for the 2017 U-20 World Cup, the striker said he was open to a called up by the Sierra Leone national team and on June 5, 2017, he received his first Sierra Leone called up for the African Cup of Nations qualifier against Kenya but was an unused sub.