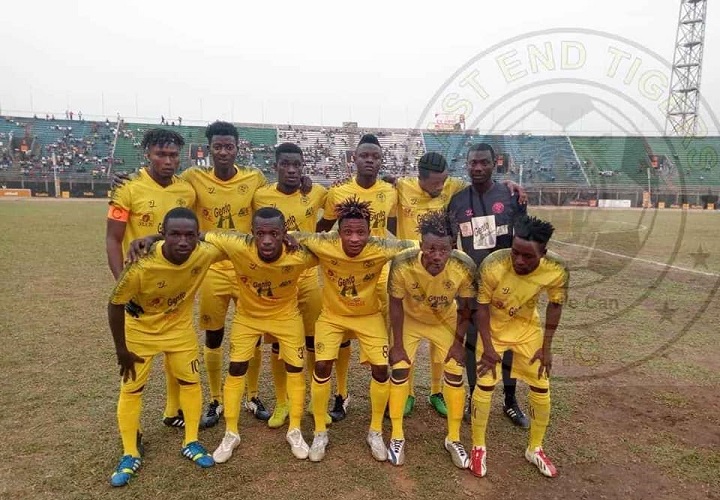 Back to back victory for East End Tigers after another superb performance against the Ports Authority on Monday night.

The Tigers outshined the East End giant club, Waterfront Boys 2-0 to move up to third in the Sierra Leone Premier League Standings with 13 precious points at the moment.

As a result, newly appointed head coach Mohamed Lamin Kamara, registered his first win in charge deflating one of the league’s giants.

After a goalless first half, Morris Kamara aka Odonkor scored in the 52nd-minute to put his side ahead 1-0 at the Siaka Steven Stadium.

The Tiger’s and league’s top scorer Baimba Sesay was again on the score-sheet in the 68th minute to mark his fifth of the season and the Tigers second of the day.

CONNECT WITH US on Twitter @football_sierra, on Facebook/Instagram Football Sierra Leone.