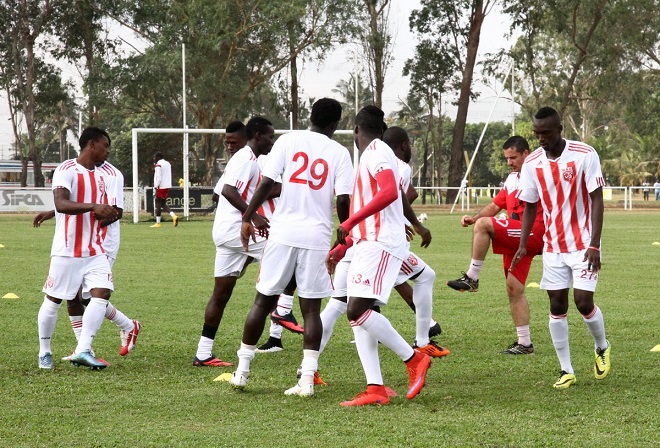 Both sides played to a 1-1 draw in their first leg match in Guinea but, this time in a bid to reach the quarter-final phase, the match has been dubbed a cracker.

Espérance Sportive de Tunis defeats South African side Orlando Pirates 2-0 in their last group matchday 4 to maintain their lead on the table.

After settling for a goalless draw at the Orlando Stadium, the Tunisian game plan was spot on with goals from Anice Badri and Haythem Jouini were enough for the host.

The Guineans on the other hand deservedly secured a home and away victories against Zimbabwean side FC Platinum.

As a result, the Zimbabwean champions are out of the CAF Champions League as they remain bottom on the standings with only a point.

Horoya going into the contest against Esperance highly confident standing second in their Group B with seven points, a point behind their hosts.

Soccer pundits have described this Friday’s contest between the sides as the groups’ curtain razor.

Horoya must avoid defeat in Tunisia because a win for Orlando at home against FC Platinum will move then to eight points ahead of Pirates visit at the Stade du 28 Septembre on March 16.

As it stands Pirates, Horoya and Esperance any two can qualify for the quarter-finals. (Photo Credit HAC) 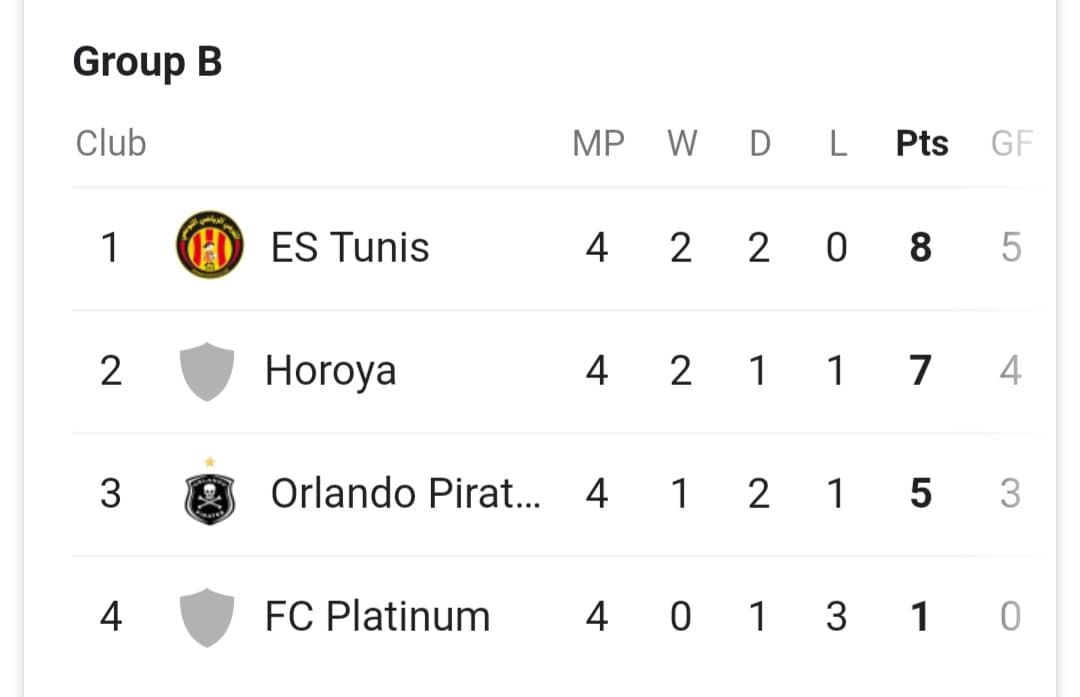