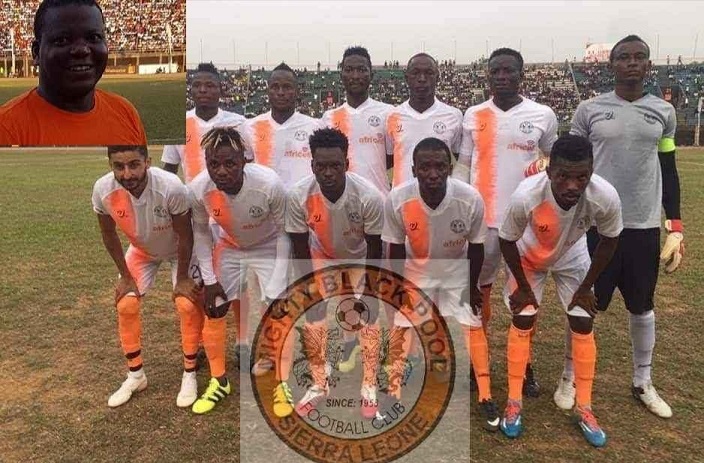 Mighty Blackpool caretaker coach Serry Turay says he is more than happy with his role and he is looking forward to returning to winning ways.

The former ‘Tis Tas’ attacker, who played for the club between 2000 to 2005 has done a great job since replacing Abu Sankoh.

He has steered one of Sierra Leone’s most decorated club to three wins and a draw and, as a result, they have jumped to sixth in the present league standings.

The lively character said he felt he is not ready to make the step up to head coach but happy with his role.

“I am with my role and, I want to stick to what the management plans,” Serry Turay told FSL.

“When the club finds a replacement I am going back to the position I was at the club.”

When asked about his strategy that has helped turn their season around, he noted: “Nothing special, I use more of motivational and inspirational speeches to make the players believed in themselves.”

Under his supervision, they played to a goalless draw against Anti-Drugs in their last match but, confirmed he is eyeing a return to winning ways on Monday when they take on Freetown City FC.

He was also asked about the turn out of fans despite almost five years without a national domestic league.

“It’s unbelievable in a good way Sierra Leoneans have demonstrated their love for football.”