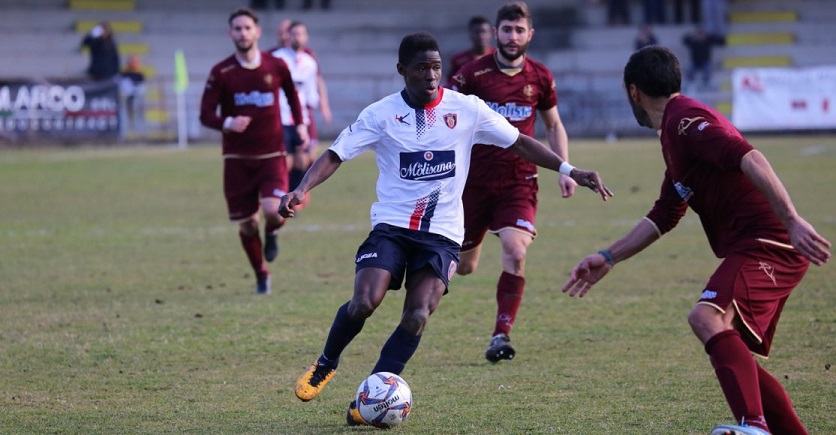 FC Crotone striker Augustus Kargbo has said that he intends to build on his club career in order to improve his chances to play for Sierra Leone.

Kargbo, 19, believes a fine club career can boost his chances of presenting his country of birth.

The youngster signed a three year deal with the Italian side last summer and has played twice since joining the club.

He scored six goals in 20 appearances for Campobasso in Serie D before his move.

His impressive display during the Viareggio tournament caught the eyes of top clubs in Italy before signing for Crotone.

During that tournament, he was named amongst the best young players.

Speaking to Football Sierra Leone, the former Campobasso and Roccella attacker hopes a bright form with his club will help him gain International recognition.

“Playing International football is every player’s dream and, it will be an honour,” Kargbo said. “But, for now, is something I’m not worried about, looking forward to it in the future,”

“Presently, I know if I can make myself valuable at club level, it will always be a dream to play for my country.”

“I’m young with a good opportunity to progress in Italy and, that is why my focus is more on my professional development.”

“I am still learning and, wants to gain more experience here in Italy.”

The striker can represent Sierra Leone in both U23 and the senior national team if he continues with his impressive development.