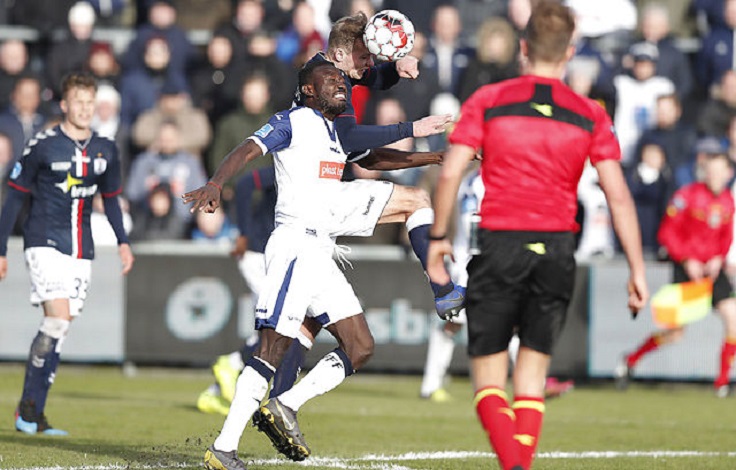 Alhaji Kamara, 24, scored the equaliser on his debut in their 2-2 draw against Aarhus GF on Sunday at the Nord Energy Arena.

The home team started brightly with a 15-second goal from their Ivorian striker Tiémoko Konaté.

The visitors from Aarhus responded well with two straight goals to put themselves ahead.

AGF’s Adama Guira was sent off in the 51st minute for dangerous play.

Patrick Mortensen and Kasper Jakobsen scored in the 8th and 32nd minutes respectively for the visitors before Sierra Leone’s Alhaji Kamara was introduced.

The striker, who came off the bench replacing Wohlgemuth in the 71st minute showed great composure with his header to beat AGF keeper in the 76th minute.

This Saturday Vendsyssel will take on Vejle away from home, as they look to battle their way away from the relegation tussle.