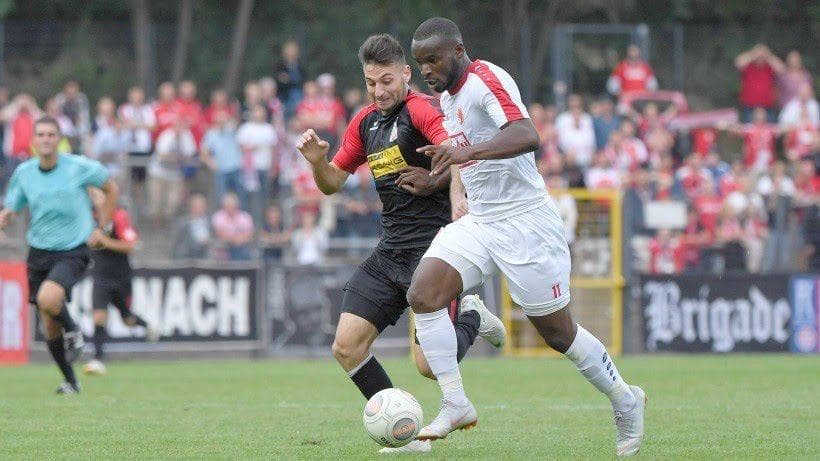 Sierra Leone native Abu Bakarr Kargbo says he is happy with his current form in the German-fourth tier Regionalliga.

The 26-year-old has scored ten goals with seven assists for Berliner AK 07 in his last 17 appearances this season.

“I’m happy and feeling good. It is always difficult to come out scoring goals after some time out injured,” Kargbo to FSL.

“We’re playing really well right now pushing for a promotion but, we have to win more matches.”

Kargbo, who was part of the Sierra Leone friendly in Iran added, “I hope to keep scoring for my team and, hopefully, we can get to where we want to be.”

The striker is expected to be leading his side attack tomorrow when they travel to VfB Germania Halberstadt in their pursuit for promotion. 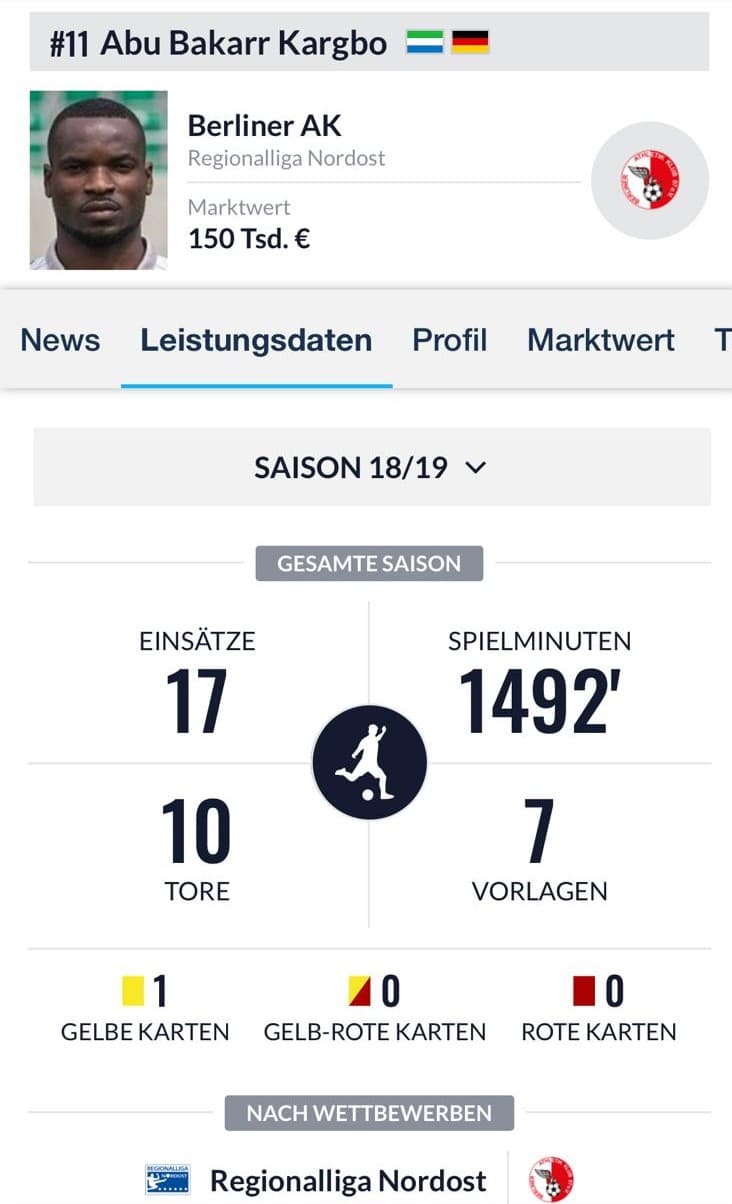 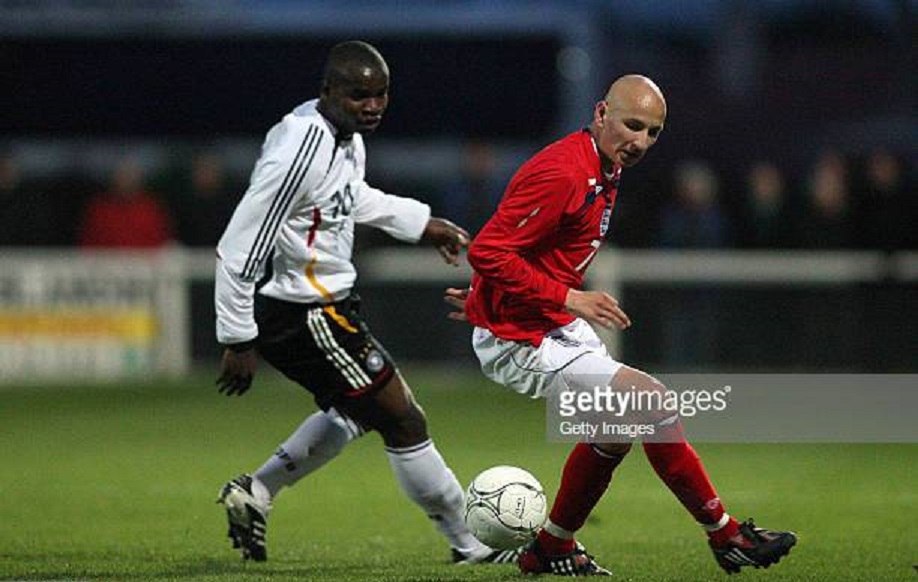 Abu-Bakkar Kargbo (L) of Germany fights for the ball with Jonjo Shelvey (R) of England during the U16 international friendly match between Germany and England at the Poire-sur-Vie stadium on March 20, 2008 in Poire-sur-Vie, France. (Photo by Jean-Charles Druais/Bongarts/Getty Images for DFB).