CAF Champions League holders Esperance proved too strong at home as they defeat Guinean club Horoya 2-0 in Group B on Friday to become this year’s first quarter-finalist.

The sixteen-time Guinean title holders coming into this tie one point behind the Tunisians with lots of positive but an own-goal from Malian Hamed Assoko midway through the first half to put the host ahead.

As a result, they are top of the tree as group leaders after South African giant Orlando Pirates were surprisingly held 2-2 at home by FC Platinum of Zimbabwe.

Despite the defeat, Horoya still second in the group ahead of their home and final group B encounter against Orlando Pirates.

It was a disappointment for the Pirates, who surprisingly were unable to find the cutting edge against group bottom team FC Platinum of Zimbabwe.

Some pundits in South Africa described their performance at the Orlando Stadium on Friday night as one of the worst performances in their 2018-19 Caf Champions League campaign for a home team.

Ismaily of Egypt after a 1-1 draw at home against five-time champions TP Mazembe from the Democratic Republic of Congo dropped out of contention for a quarter-finals place.

Constantine on 10 point still ahead of TP Mazembe on eight and Africain seven in the race to make a quarter-final spot. 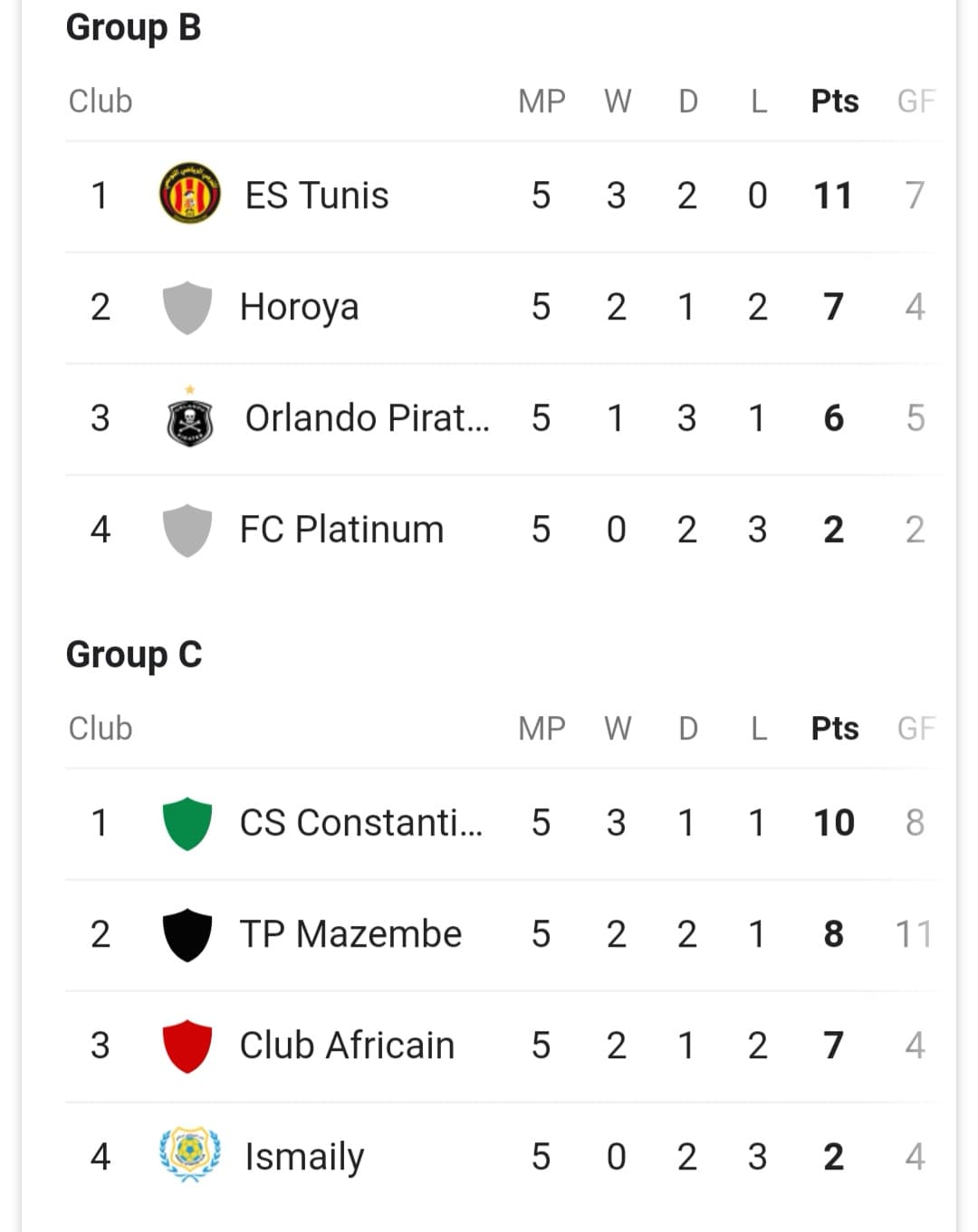