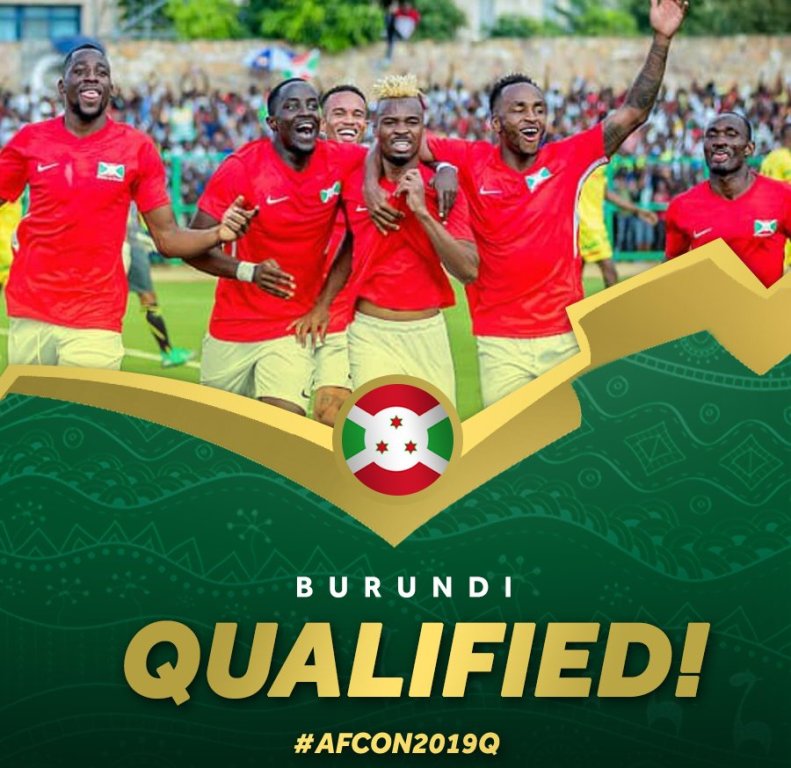 Burundi have qualified for the Africa Cup of Nations finals in Egypt for the first time in their history after a 1-1 draw on Saturday at home to Gabon.

Cedric Amissi scored Burundi’s only goal in the 76th as they sealed their place at Egypt 2019.

Arsenal Pierre-Emerick Aubameyang’s Gabon was to win if they were to qualify.

Stubborn Burundi defensively worked well, before taking the lead in the 77th minute when Cedric Amissi found the net, a goal that initially had them going top.

An own goal from Omar Ngando soon after ensured a nervy finish, but Burundi held firm to claim a historic point.

Burundi qualified alongside group C winners Mali for the tournament, which will be played in June and July this year.

The 32nd edition2019 Africa Cup of Nations will feature 24 teams rather than 16 for the first time.

Burundi make History .. For the 1st time ever ????#AFCON2019Q pic.twitter.com/q6IXSohTUj