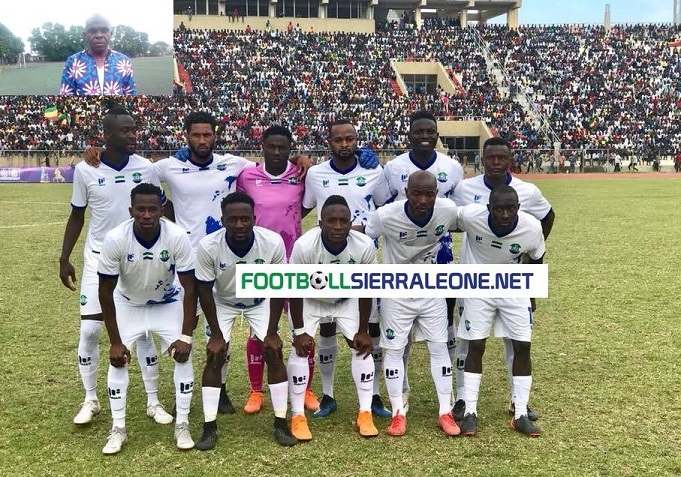 The Director of Competitions at the Sierra Leone Football Association, Sorie Ibrahim Sesay, has disclosed that the country has registered for the 2022 FIFA World Cup Qualifiers.

This comes after an engagement form was sent to all FIFA Member Associations including Sierra Leone to register for the 22nd edition of the FIFA World Cup.

Sesay further disclosed that the completed form, has been sent to football’s world governing body, who in return confirmed Sierra Leone’s registration pending a decision on the suspension.

“It is our obligation to register Sierra Leone for any international tournament despite the suspension by FIFA,” Sesay told Football Sierra Leone correspondent.

“We are hopeful that the current suspension is lifted before the draw in two months’ time”, Sorie added.

Fifa suspended Sierra Leone last October from international football because of alleged government interference in the running of the country’s football association.

As a reminder, the suspension was due to the country’s anti-corruption commission (ACC) setting aside the FA President Isha Johansen and secretary general Christopher Kamara.

The ACC reiterated that under Sierra Leone law, both Isha Johansen and Christopher Kamara must vacate their posts until their case on corruption-related charges concludes. Both denied any wrongdoing.

“The entire suspension hinges on the court matter. If the case is concluded today, we will inform FIFA and they will determine our fate, no matter the outcome of the court’s ruling”.

“The ACC case has dragged in court for too long and, that has been a problem to us as an association because we have been thrown out of most of the competitions we had engaged in including the ongoing 2019 African Cup of Nations Qualifiers”.

“We are appealing to the Judiciary to fast track and quickly conclude the matter so that Sierra Leone will not miss out on the 2022 World Cup Qualifiers as well as the 2021 Nations Cup Qualifying series”.

Sesay noted that the World Cup draw takes place in June but, Sierra Leone will not be included in the process if its suspension is not lifted in time.