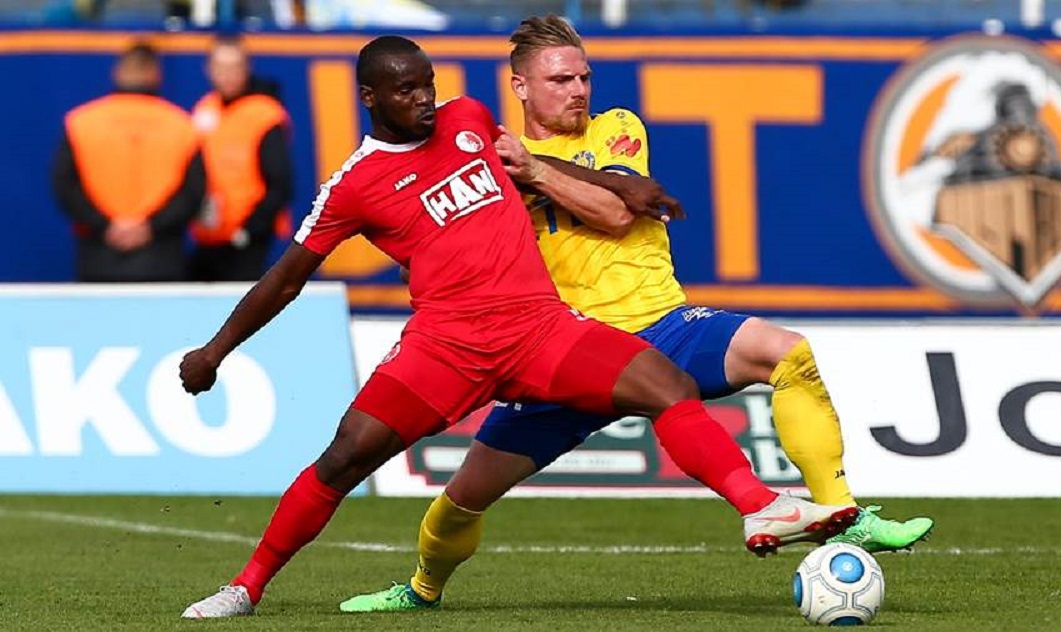 The goal was in 12th of the season in 21 appearances as they extended their unbeaten run to six games.

The home side showed their intentions from the start but was the visitors who open the scoring seven minutes to half time.

Benjamin Förster scored the opener for the visitors in the 38th but, with goals from captain Tunay Deniz and Sierra Leone native Kargbo, it was a back to back victory for them in their Regionalliga.

The Berlin Athletics Club 07 has been on the successful path with 54 points seven points adrift from league leaders Chemnitzer FC, who have played a game less.

Kargbo’s Berliner next outing is away to FSV Budissa Bautzen next Sunday in the race for promotion.