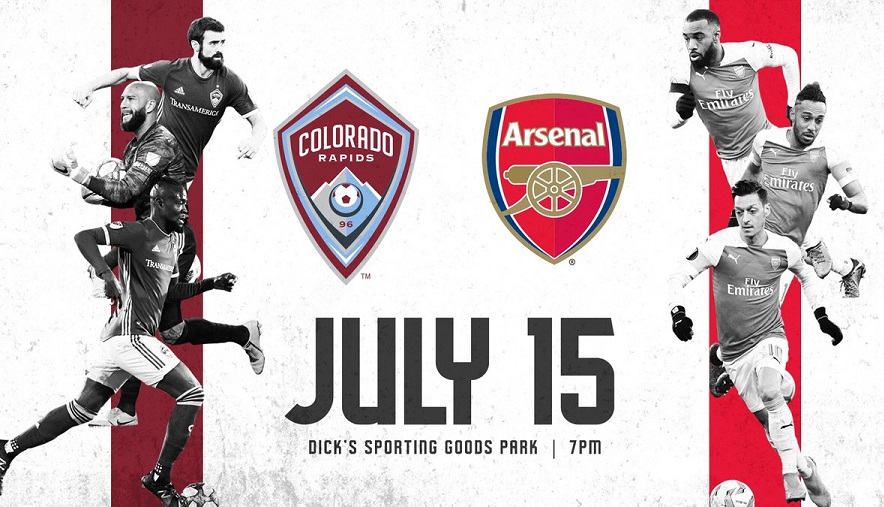 The Western Conference side will take on the English powerhouse on July 15 in a friendly at Dick’s Sporting Goods Park.

The Commerce City club announced the news on Thursday. Both clubs are owned by Kroenke Sports & Entertainment.

“It’s a big game moreover for the young boys in the team, and for the City of Colorado and its fans,” the striker told Football Sierra Leone.

“It’s nice to have a team like Arsenal one of the biggest teams in the World to visit Colorado and play against the Rapids.”

“It’s going to be very special but, the right now, we have to focus on our season, and when the time comes we can enjoy the game.”

Arsenal will have four preseason matches in the United States and, the Rapids will be their lone MLS opponent. The Rapids face the Portland Timbers on July 13 and NYCFC on July 20.

“We are excited to be hosting one of Europe’s most iconic teams in Arsenal,” Rapids general manager Padraig Smith said in a club statement.