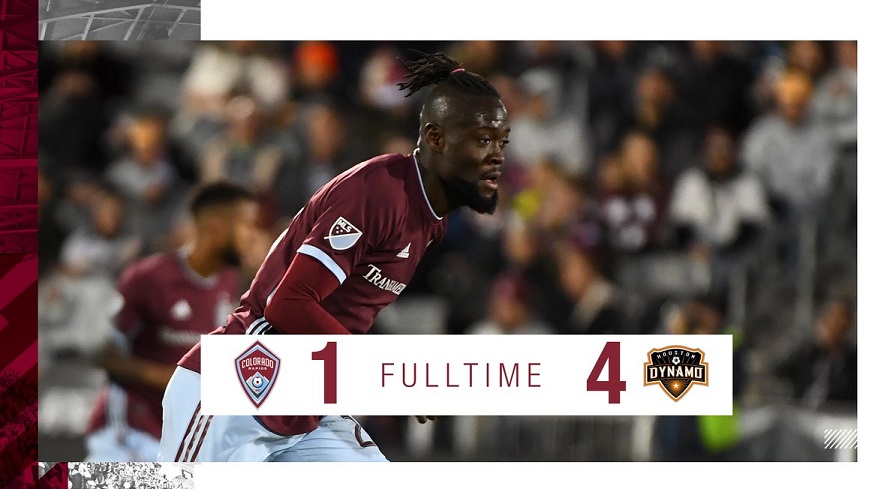 A goal from Memo Rodriguez in the opening four minutes and two own goals help Houston Dynamo defeated the Rapids 4-1 at Dick’s Sporting Goods Park in Commerce City, on Saturday.

Alberth Elis scored the visitors fourth in the 67th minute as they deservedly thrashed the home side.

A handball on Houston’s Maynor Figueroa allowed Kei Kamara to convert a consolation penalty kick in the 81st minute to make it 4-1 but was too late.

The goal tied the Sierra Leone international with Ante Razov for fifth all-time on MLS career goal list at 114.

Colorado’s Tommy Smith was red-carded in the 89th minute for a hard challenge.

“We want to apologize to the fans who cheered us on and stayed to the end,” Hudson said. “We are incredibly disappointed. We all know that wasn’t good enough.”