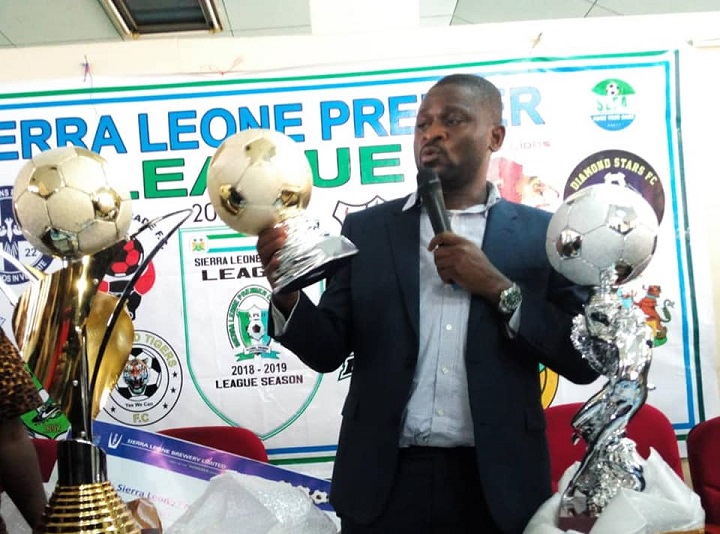 Sierra Leone Premier League Board (SLPLB) chairman Emmanuel Saffa Abdulai has denied the allegation of a brawl involving him and match officials on Wednesday at the Siaka Steven Stadium.

Several social media platforms reported that match officials officiating between Ports Authority and Old Edwardians during the break refused to officiate the second half.

Names of match officials are yet to be known but, the reports stated that the Edwards chairman, who doubles as the PLB chairman was directly tangled in mix-up confrontations and after some mediation, the match was allowed to continue.

“New reports making rounds that I was involved in a punch-up with one of the Referees is untrue,” Saffa stated after the news broke out.

“I met a few fans fighting with match officials during the half time at the national stadium. I merely went into it to stop the fight and, separate them. In the process, I was slapped by the Referee’s Assessor.”

“I stopped him from slapping me again and walked away. I don’t fight and, I will never be involved in a fight in a league that I am organizing. Match has resumed,” he explained.

Ports Authority went on to defeat Edwards 2-1 in the ongoing domestic league season.