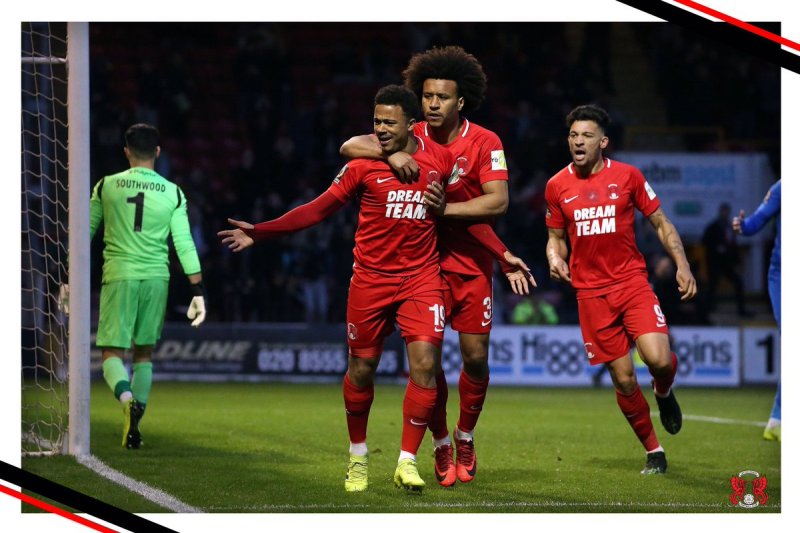 Striker Josh Koroma was again on the score-sheet in their 3-2 win over Eastleigh as Leyton Orient move top of the English National League Table.

The Sierra Leone native, also scored as they were held to a 2-2 draw by Halifax last Saturday.

The O’s twice came from behind to secure all three points in a thrilling win at Brisbane Road.

The Hampshire-based club, Eastleigh took the lead in the sixth minute through Paul McCallum, moments after the striker had seen a header cleared off the line.

Soon after Josh Koroma tapped in an equaliser at the back post following a long through ball, only for McCallum to score his and Eastleigh’s second in the 21st minute.

Macauley Bonne struck a second equaliser with his 22nd league goal of the season before James Brophy netted what proved to the winner in the 61st minute.

They now go to Sutton United on Saturday before a home game with Harrogate on Good Friday.

? Congratulations to Josh Koroma for reaching a century of appearances for the O's. #LOFC #OnlyOneOrient pic.twitter.com/jJwm2FDNbf