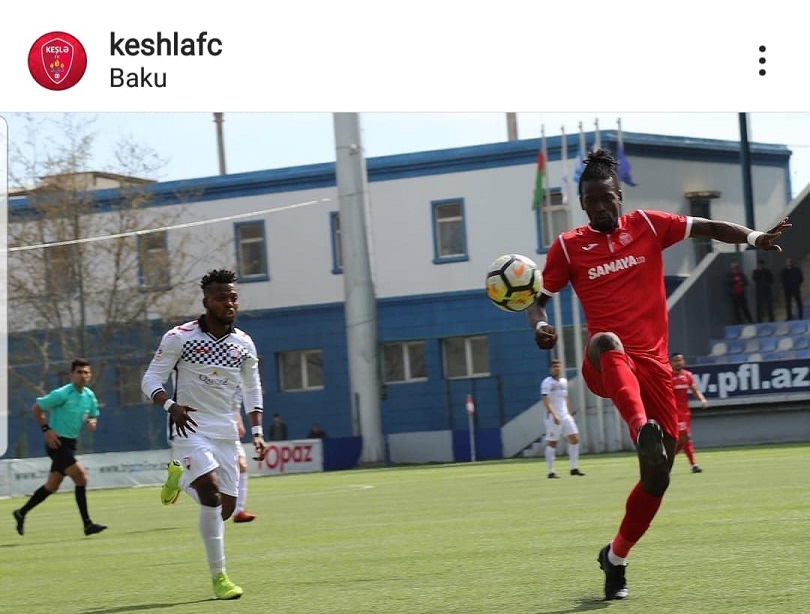 Sierra Leone midfielder John Kamara has admitted to a bitter-sweet experience after his Keshla side suffered another 2-1 defeat to FK Gabala on Sunday in the Azerbaijan top-flight.

Kamara, who joined the Topez Premier League side in January scored his first goal in the 76th minute against Gabala at their Inter Arena.

James Adeniyi and Davit Volkovi had scored for the visitors in the 46th and 56th minute respectively before Kamara pulls one back but was too late for a comeback.

The two-time Azerbaijan Premier League title holders have been struggling this season.

They are first from bottom in the race for survival.

“I was happy to score my first goal since joining the club. Although, the goal was not enough,” Kamara told Football Sierra Leone.

“Obviously, scoring was nice but, the defeat was difficult. It has been very difficult for us this season.”

The former Riga FC midfielder agreed that they are going through a very tough season.

“We are all working very hard but, things have not been going on well,” Kamara admitted. It has been a very frustrating time for everyone at the club.”

Their next Topaz Premier League outing is away to Qarabag Agdam FK on Thursday at the Azersun Arena.