Sierra Leone youngster Mustapha Bundu scored the winner for AGF with a fantastic last-gasp goal in the 90th minute in their 2-1 victory over SønderjyskE on Thursday at Ceres Park.

The victory means they are sure to play in the Danish Superliga next season after they secured 41 points.

Following a tough season, AGF was drawn in Group A in the relegation qualifiers alongside AC Horsens, SønderjyskE and Vejle BK in the race for survival.

The goal was Bundu, 22, fourth in all competition but a precious one as they secured their Danish Super League status.

In the second half, it was all to play for as South Jutland took over the initiative, and among others, the attacker Mart Lieder had a great opportunity, which he missed.

At the end of the match, Sønderjyske tried to establish more pressure on the home team, but in the 88th minute, midfielder Marcel Rømer was sent off.

The AGF controlled the match during the final minutes, Mustapha Bundu received the ball, dribbling out a couple of SønderjyskE players before placing a shot through the legs of SønderjyskE goalkeeper for a decisive winner. 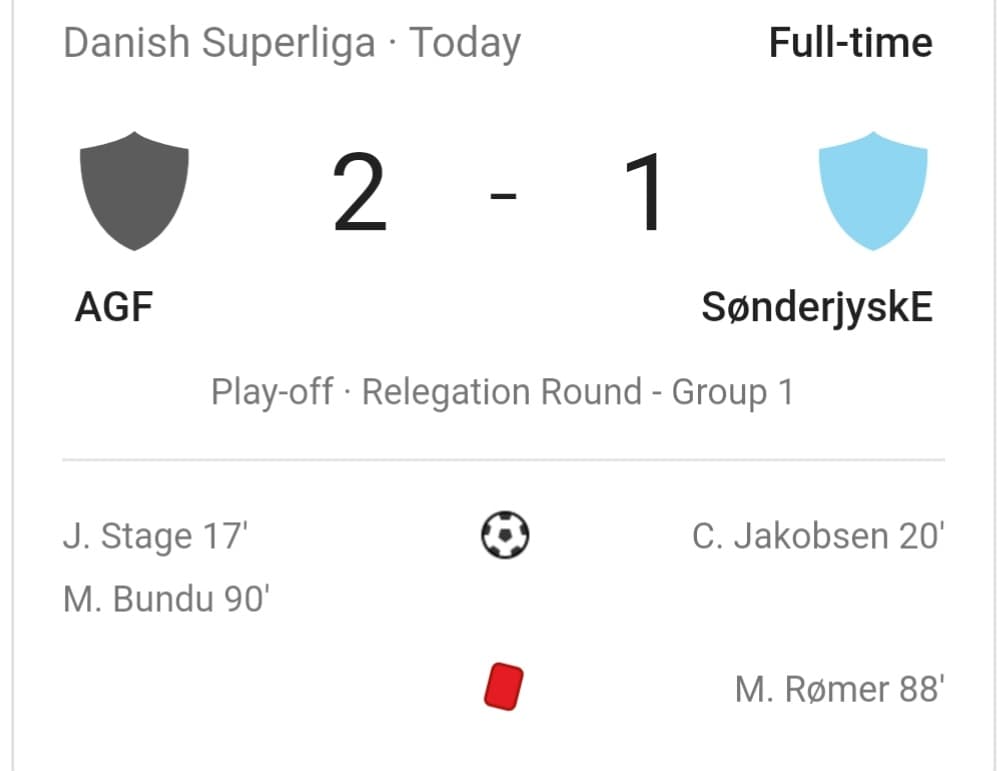