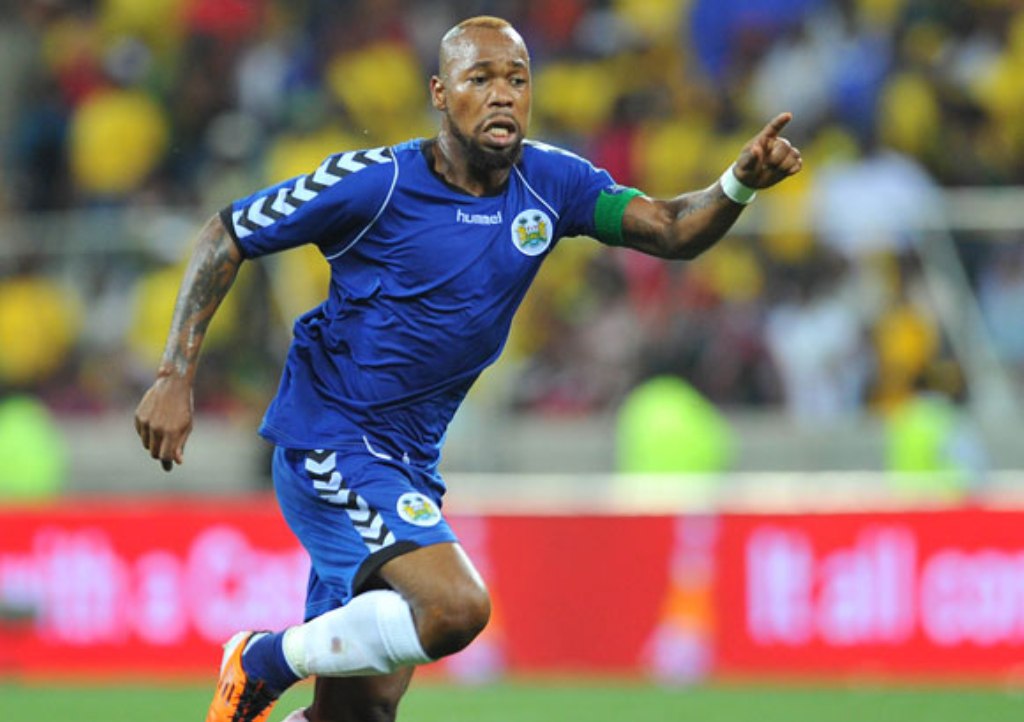 The retired former international was amongst 14 others in Sierra Leone on allegations of match-fixing.

The match in question was the 2008 African Nations Cup qualifier against South Africa which ended in a goalless draw.

Fifa statements read: “The FIFA Disciplinary Committee has found nine individuals – eight players/former players as well as one players’ agent – guilty of having been involved in match manipulation in violation of art. 69 par. 1 of the FIFA Disciplinary Code (Unlawfully influencing match results).W

“The following individuals have been banned from taking part in any kind of football-related activity at both national and international level (administrative, sports or any other) for life,” Fifa stated in their release.

In 2014, the Sierra Leone Football Association and the Ministry of Sport under former minister Paul Kamara said in a statement it had received “credible and tangible information” on the alleged involvement of the 15 in match-fixing.

The latest release from the world’s football body has confirmed Kargbo and the following names below have been sanctioned for life. 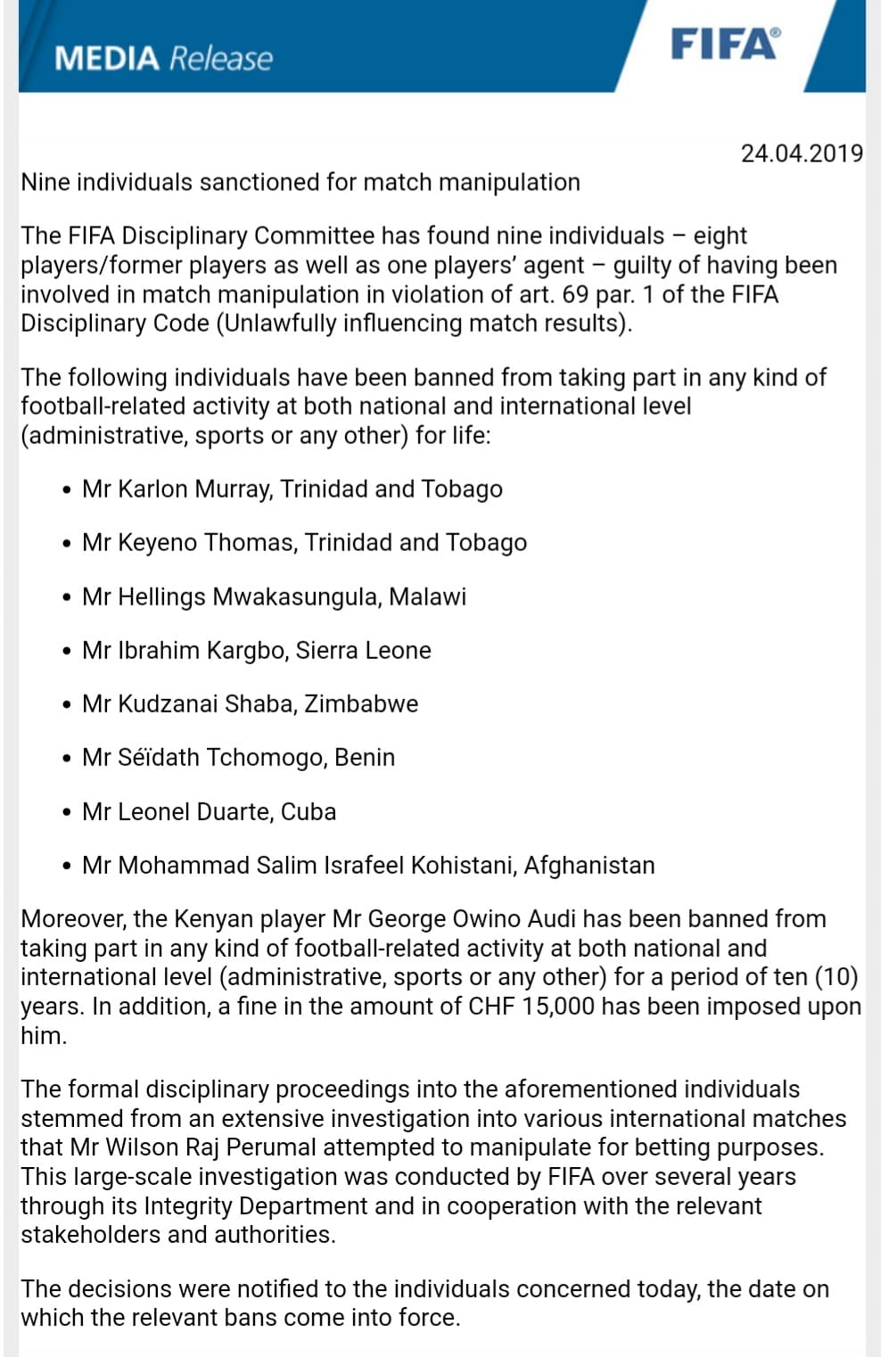 It’s worth mentioning that In 2017, match-fixing charges against Ibrahim Obreh Kargbo in Holland was dropped because of a lack of hard evidence.

The PPO has not been able to gather enough evidence to continue the case against Ibrahim Kargbo.

“Even if someone confesses a murder, but this is not supported by other documentary evidence, the murder cannot be proven. One statement is not proof in criminal law,” the Public Prosecution Service noted.

“The KNVB has killed my career. I have never been afraid of the outcome of the investigation. What I did in my period with Willem II puts me among the best players.”

“My lawyer now has to make sure that the KNVB clears my name and that I get compensation,” Kargbo told footballsierraleone.net two years ago.

Kargbo’s banned in Holland came following alleged match-fixing claims in 2016 by the Dutch Football Association, who announced that they have discovered evidence of match-fixing involving the former R.W.D.M. Brussels player.

The Dutch FA (KVNB) claimed that Kargbo was linked to well-known match-fixer Wilson Raj Perumal, but according to the Public Prosecutor’s Office, there is insufficient evidence.

It was alleged that in August 2009 Kargbo, while playing for Dutch top-flight side Willem II, tried to fix a match against FC Utrecht.

The former Charleroi player, who at the time was still playing for English Non-league side Dulwich Hamlet has always denied wrongdoing.